Twelve Years of Work Start to Pay Off

When I started Capital Good Fund, in February of 2009, together with Mollie West and with the guidance of Alan Harlam, I was woefully unprepared for running a nonprofit financial institution. At the time, I was 24 and had precisely zero experience in, or understanding of, business or financial services. The first time I attempted to create a financial projection for our loan fund, my dad had to explain the difference between simple and compound interest. Early on I gave a presentation to a group of bankers, one of which asked what our underwriting criteria was going to be. Having no idea what underwriting was (it simply refers to the process of reviewing an application for credit), I gave an embarrassingly vague answer.

But I forged ahead, in part because I didn’t know any better, but primarily because of the need: tens of millions of Americans were being preyed upon by predatory lenders, many charging triple-digit interest rates. Meanwhile, there were hardly any alternatives to these products, and I saw an opportunity to not only tackle bad actors like payday lenders, but also to use financial services as a tool of uplift–making loans to enable immigrants to become citizens or lower-income homeowners to invest in energy-efficiency, for instance.

For the next ten years I struggled mightily: to raise funds; to come up with, and then execute on, a business model; and to figure out the myriad intricacies of running an organization, from compliance, to accounting, HR, board management, grant reporting, and more. On several occasions, we came close to shutting down due to lack of funds; once, in 2014, we had to lay off a third of the staff, and I went over a year without drawing a salary.

Then something happened. In late 2018, we found ourselves on the verge of ending the year with a $700,000 operating deficit (meaning, we would’ve had $700K more in expenses than income). Although it’s counter-intuitive, nonprofits actually get penalized if they don’t earn a net income (we don’t call having more income than expenses profit). In our case, an operating loss of that size would’ve made it extremely hard for us to raise the loan capital we need to scale our loan fund. This was also around the time that my son Richard was born; lack of sleep was compounded by stress.

So I decided to take a chance and issue $1 million of debt to impact investors in our nonprofit subsidiary, Social Capital Fund, at rates of up to 12.5%. It worked: in three weeks, we raised enough to ensure positive net income, and we’ve never really looked back. Just consider the numbers. In 2018, we had income of just $2.55 million and expenses of $2.5 million (barely break-even); in 2019, income grew to $3.3 million and expenses held to $3.07 million; and in 2020, income soared to $4.85 million and expenses were just $4.38 million. They key point is that while expenses are rising–we are investing in growth and impact!–our income is growing at a much, much faster rate. In fact, our net income (again, expenses subtracted from income), has gone from a paltry $45,000 in 2018 to about $500,000 in 2020!

But revenue on its own means absolutely nothing to a mission-driven organization. If we raise money without deploying it to change lives, then we shouldn’t be in existence. Here, too, the numbers tell a good part of the story: in 2018, we closed 1,064 loans for $2.98 million; in 2019, 1,183 loans for $3 million; and in 2020 1,609 loans for $3.3. Of course, each loan is its own story of impact, from the single mother who uses the loan to apply for a security deposit, to the immigrant who avoids deportation, to the low income family that makes their home safer and greener. On top of that, each of our borrowers saves an average of about $700 in interest and fees compared to a predatory loan and increases their FICO score by 75 points.

Nevertheless, it’s been a long, slow grind to achieve scale–until now. In response to the pandemic, we launched a Crisis Relief Loan, a product at just 5% and with a host of consumer-friendly features that have now changed the lives of over 1,600 families and enabled us to raise well over $1 million in grants to support the program. Then, last summer we completed a series of improvements in our technology infrastructure, yielding significant increases in the efficiency of our operations. We also continued to grow our staff and improve policy and procedure.

After twelve years, all of this work has begun to pay off. Last month (April), we closed a record 283 loans for $549,000. To put that into perspective, it took us five years to close our first $500,000! And on the last day of the month, we closed a record 39 loans–shattering our previous best of 24 and demonstrating that we can scale to the meet the need in the community. On the same day, we expanded into our seventh state, Colorado, where we are expecting significant loan volume, especially for our Immigration Loan.

That’s not all. Our loan portfolio is performing phenomenally well, even though our clients are experiencing the worst economic crisis in a decade. We have 2,800 active loans outstanding for $6.15 million, of which 97.6 percent is on time! Since 2009, we have closed 6,970 loans for $14.2 million, with a 95% repayment rate. These are stunning numbers, especially considering that our clients are considered too “risky” for mainstream lenders.

Lastly, we have a ton of exciting things in the works, all building on our decade-plus of success. In a week, our new Chief Information Officer is starting; he will take our technology platform to the next level so that we can achieve our ambitious goals, such as lending out $22 million in 2022. Biden’s climate and immigration proposals will create multi-billion-dollar opportunities for us to make affordable loans to help families secure citizenship and “electrify” their homes. We are working on partnerships with national banks and other nonprofit lenders, for instance to launch a student loan program for DACA recipients, and we are even looking to get into offering green mortgages.

So what’s the takeaway? Doing good isn’t easy and it often takes longer than you would hope. It also requires the support of so many stakeholders: dedicated employees, volunteers, board members, funders, impact investors, community leaders, and elected officials. Still, good can be done, and what a joy it is! 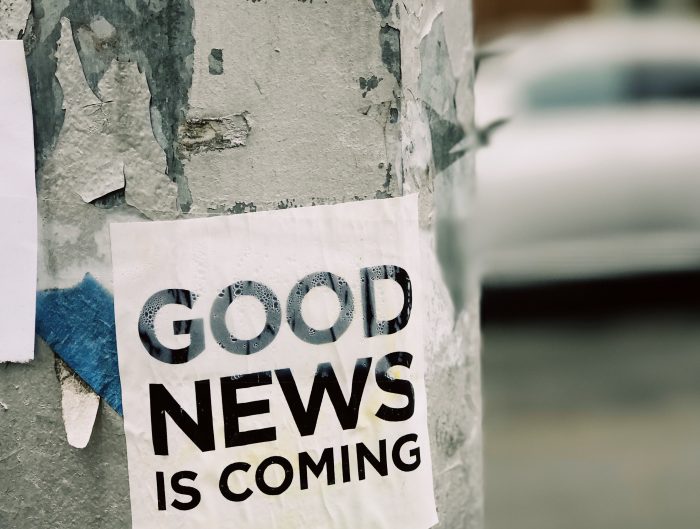