The Fierce Urgency of Now

In his iconic ‘I Have a Dream’ speech,’ Martin Luther King spoke of the fierce urgency of now–the moral imperative to address injustice in the present as opposed to in some vague, ill-defined future.  Further, in his masterpiece ‘Letter from a Birmingham Jail,’ he wrote that “For years now I have heard the word ‘Wait!’ It rings in the ear of every Negro with piercing familiarity.  This ‘Wait’ has almost always meant ‘Never.’ We must come to see…that ‘justice too long delayed in justice denied.’”

As the Executive Director of a small, rapidly growing non-profit, I often find myself trying to balance the imperative to solve problems today with the need to think strategically and build the infrastructure needed for scale and growth tomorrow.  My obsession with the ‘fierce urgency of now,’ however, had until recently always been rooted in a firm belief that when we put off doing the right thing, we are in many ways creating excuses for denying justice.  But recently I’ve been thinking more carefully about why the urgency of now is so ferocious, and I’ve come to a new conclusion: every day that goes by without us solving a problem, the harder that problem becomes to solve.  To borrow the parlance of climate change mitigation we are, in effect, ‘locking in’ injustice for years, decades and centuries to come.

My Dad And I

This is a story about one man, my father, and his brave battle with a puffy prostate.  It is a tale of many things—woe, pain, hope, despair and perseverance—but alas, in the end it is not one of victory.  It all begins when Dad, who goes by Dick (no pun intended or needed), sees a urologist in the mid 90s.  At the time, Bill Clinton is President, going through his own penis-related travails, albeit on the opposite end of the genital experience spectrum: for a blowjob is as far away from a puffy prostate as you can get without departing the nether regions entirely.

In the kitchen stands my love.

I want to unfold her

And feast upon her; but there

Is a draft, and she is sick.

No glances, no words can cure

All I can do is wander alone, in thought,

Until from love and despair I, too, am sick,

For my only path to healing winds through her.

Thought of the Day

“Today, 85 percent of the $400 billion that the government spends to encourage things like home ownership, college attendance, investment and small business ends up in the pockets of the top 20 percent of earners (and half goes to the top 5 percent). Very little ends up helping the working poor. On the other hand, many social benefits cut off when a family’s income rises roughly 30 percent above the poverty line — which is still a far cry from being out of poverty.” (From an NYTimes article titled Out of Poverty, Family-Style)

Think about that.  The government spends money to incentivize the better-off to do what they would be able to do without the subsidy, while they penalize the poor when their income increases.  That is an eye-opening fact, one that puts into stark contrast the policies affected rich and poor in the wealthiest country in the world, and one that should force us to re-think traditional notions of why people are poor.  The truth is that the deck is stacked in favor of those with power.

As the absurdity of our current budget process becomes ever more painful (we cut services to the poor during a recession but refuse to raise taxes on the wealthiest Americans) the extent of our military spending has become that much more egregious.  This quote, by Dwight D. Eisenhower, who was an opponent of the then inchoate military industrial complex, captures what happens when we spend more on guns than on education…

“Every gun that is made, every warship launched, every rocket fired, signifies a theft from those who hunger and are not fed, those who are cold and are not clothed.”

We are a nation more interested in defense than in what we are defending.  It is time for a new generation of people to emerge that will question–and change–the status quo! 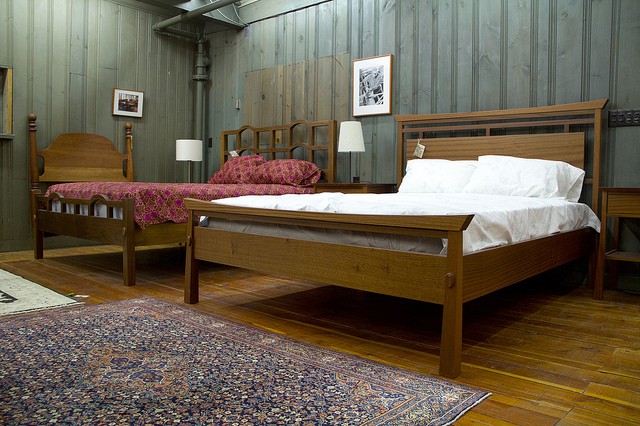 My bed, that house within a house,
Built of timber from your inner copse, now
Splinters in the dawn, and I muse douse
The kisses destined for your brow,
Lest the dreamer destroy the dream
And repose fall from its narrow beam.

Musings From a Train

I arose before the cheeks of dawn had had the chance to blush their vibrant hue,

when darkness hung over the world like black ink dripping from a mighty pen. I arose to

ﬁnd my heart ﬁlled to the brim with pain, with joy, with life. Picking up that very pen from

which both light and dark, good and evil emanate, I began to write the story of today–a

tale of great forces entangled in the Cosmic Drama.

At present I am seated on a train. The wheels are humming along the tracks just

as the earth seems to hum as it whirls around the sun, for there is a great joy to motion

that infuses the traveler with the very buzz of existence. Outside my window the curtain

of dawn has begun to lift, revealing the bright orange costumes of actors eager to

astound the audience. What wonders will transpire today? What discoveries? What

Photos from My Graduation, And Thoughts on the Last Few Weeks

The last month has been an absolute blur for me.  I defended, presented and completed my masters thesis.  I then spent the next few weeks working full time on Capital Good Fund and Group stuff, while also dealing with the final stages of purchasing my new condo–which quickly turned into a nightmare of back-and-forth emails, revised documents, etc.  For graduation week, two of my best friends, Jared and Danny, as well as my parents, came out to visit.  The week started out with Jared and I going out for a bike ride on an absolutely beautiful day in Providence.  We had been eagerly anticipating the ride for quite some time because we hadn’t gone for a ride together in a while.  As the ride was starting, I noticed a strange notice coming from my bike, but I didn’t think anything of it until about 10 minutes in when suddenly my rear derailleur snapped completely in half (photo below).  It turns out that as a result of a crash I had about a month and a half ago the carbon faceplate on the derailleur had sustained a tiny crack that got larger until it suddenly failed.  However, Jared and I did end up doing several beautiful rides–with me on my touring bike and him on his race bike–and that about exemplifies how the last month has been: on the whole, absolutely fantastic, but also stressfull and full of surprises.  Read on for more about my graduation!

Something Profound is Transpiring

Last night, as I watched the election results come in and it became clear that not only was Barack Obama going to win but that he was going to win handily, I couldn’t help but feel as though something profound was transpiring.  For the last 8 years whenever I have craved the inspiration of historical moments and rhetorical flourishes, I have had to find succor in the speeches of Martin Luther King, John F. Kennedy, and the other great orators and leaders that have inspired not only Americans but also the World.

But when Barack Obama accepted the Democratic nomination in Denver, and said the kind of things in his speech that one dreams of hearing politicians say, I knew that something profound was transpiring.  Still, I, like so many in this country, was afraid that Obama would not win.  In the final stretches of the campaign he had every nasty tactic in the book thrown at him–accusations of socialism, of “palling around with terrorists”, of being “not like you and me,” etc.  So when 11:00 PM rolled around last night and Obama’s electoral votes were well over 300, all I could do was blink away tears and wait for this new breed of leader to come and give his acceptance speech.