On Orlando, Politics, and the Ugly State of America 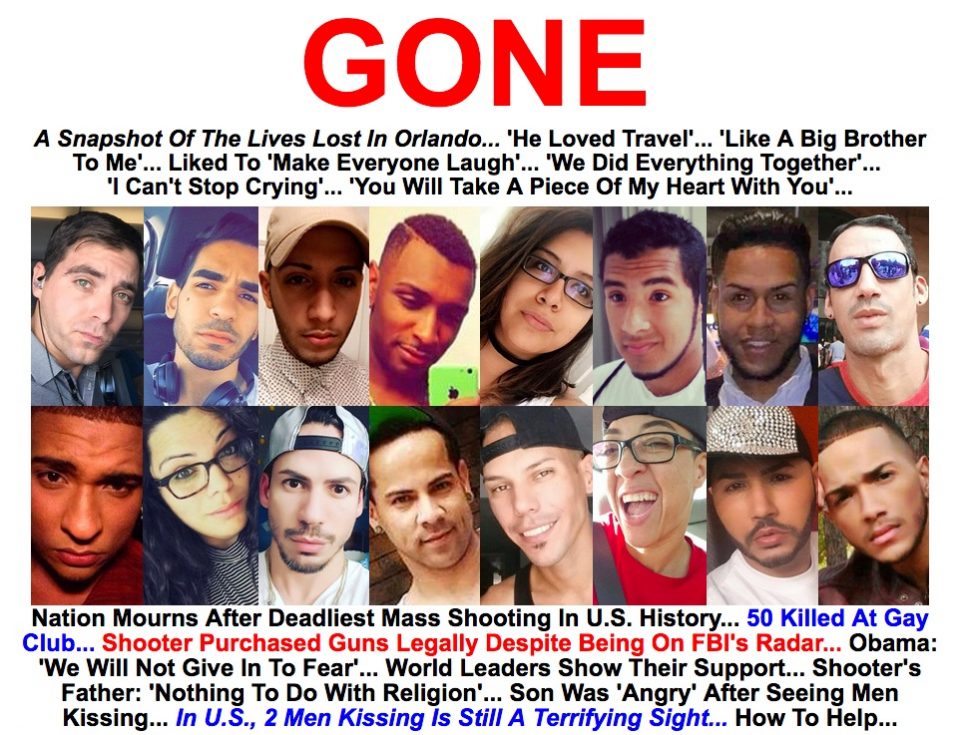 The shooting in Orlando has exposed a deep and underlying ugliness in America, one that is defined by partisanship, hatred, racism, and intolerance. Unfortunately, no political party has a monopoly on purity, and in this post I explore how the horrible massacre of 50 people in a night club speaks to a much bigger problem. I’m too much in shock and sadness to come to any conclusions, so don’t expect that from this post. View it instead as a rambling meditation on the present state of affairs.

On Physics, Anxiety, and Work-Life Balance 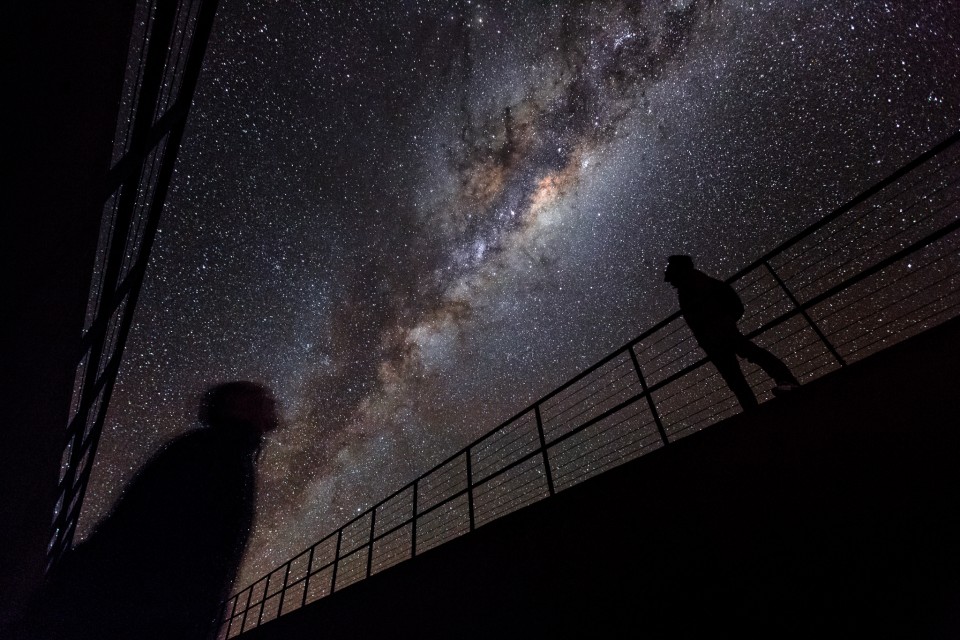 Thinking about certain aspects my job for just a few minutes can induce a feeling of anxiety, a tightening of the chest and quickening of the heart; in contrast, reading a couple pages of a book on physics can release […] 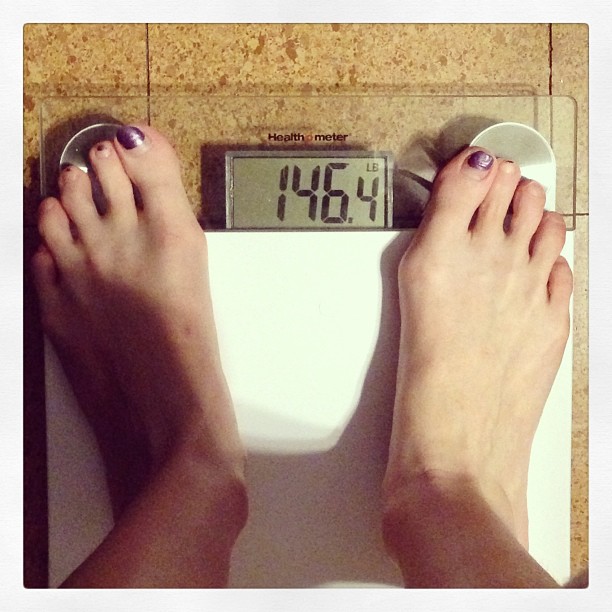 These are my musings on and suggestions for weight loss–for you as well as for myself! 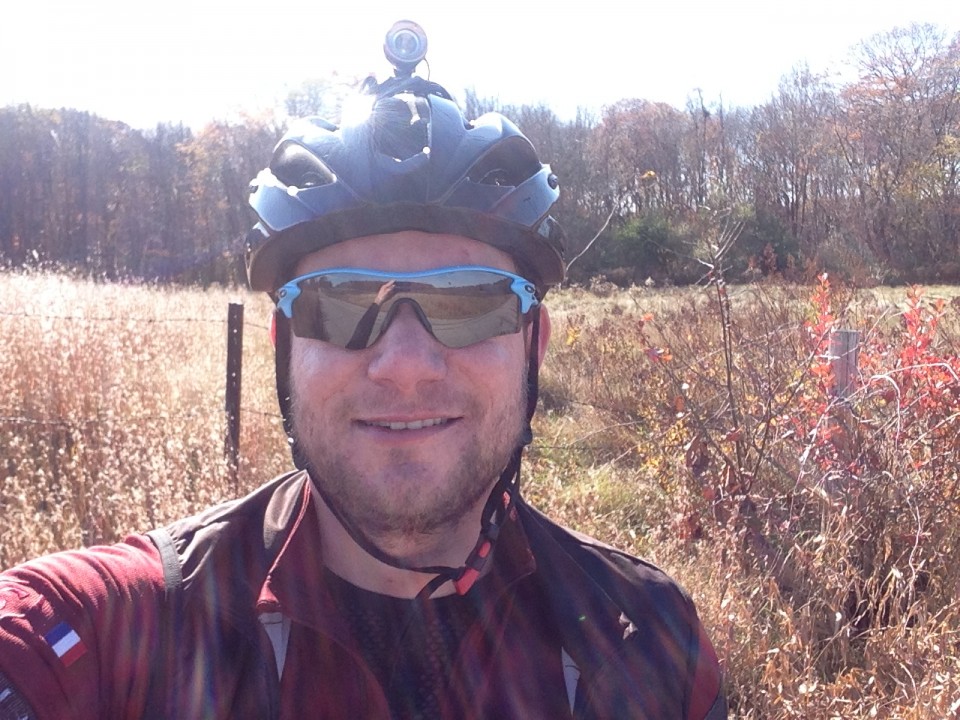 Another Example of My Stupidity! Thirty minutes into my planned 45-mile bike ride yesterday I experienced a flat tire (as a result of course, of my stupidity–I had overinflated the damn thing) and duly pulled over to fix it. I had […]

I don’t think it’s a stretch to say that were it not for his oratorical skills, Barack Obama would not be president of the United States; before his speech at the 2004 Democratic National Convention he was a complete unknown on the national stage. In the same vein, it’s hard to imagine the civil rights movement without the soaring rhetoric of Dr. King.

“Poets are the unacknowledged legislators of the world.”—Percy Bysshe Shelley, A Defence of Poetry

For the past few months I’ve been miserable at work and, what’s worse, unable to pinpoint the reason.  To be sure, the constant struggle to raise funds and the endless hours seated before a computer screen wading through a sea of tedium expressed in ones and zeros hasn’t helped matters.  Yet it has felt like something deeper is at play.  After all, it isn’t like the nature of my job has suddenly changed.  Sure, the amount I spend with clients has slowly and steadily diminished; and sure, the bigger we get, the more paperwork and reporting there is to do.  But I’m not averse to hard work, and I fully understand that social change is about 1 parts warm and fuzzy to 10 parts roll up your sleeves and get shit done.

Yesterday Bianca and I saw the film Interstellar in IMAX.  This is not a movie review, but suffice it to say that the stunning images of the planet and the stars, the story of our drive to explore and conquer and survive, reminded me of what has been missing. I am neither an entrepreneur, nor an athlete, activist, Jew, atheist, vegetarian or any number of other adjectives.  No, I am a poet and, as such, I need poetry to thrive.

On my cross-country bike trip

20 years ago I was on the cusp of turning 10, and I remember virtually nothing about that; 10 years ago I was months away from turning 20, and I was too self-absorbed to contemplate the future; and now I am 29 and may be too absorbed in the day-to-day to really remember what I was like and who I was in the past two decades.  What’s got me thinking about that un-medicated, chaotic and doubt-riddled person is a book I just finished titled Living With a Wild God: A Nonbeliever’s Search for the Truth about Everything, by Barbara Ehrenreich.  In the book, Ms. Ehrenreich uses the journal she kept during her teenage years as a springboard from which to revisit the doubts and dreams she had during that tumultuous time.

As soon as I finished reading—just hours after I began—I decided to look back through my own journal…hundreds of pages of frantic writing covering the years 2002 – 2005, when I was 18-21.  Before I delve into this, let me just review some facts about me during that time.  First, I was around 7 years from finally being diagnosed as, and treated for, mild bipolar disorder; as a result, I found myself jostling back and forth from unbearable bliss to the kind of depression that slows your synapses to a crawl.  Second, I kept this journal while I was an undergraduate at California State University Northridge (CSUN,) meaning that for a time I was living at my parent’s house in Tarzana, CA., and for a year I lived in Granada, Spain (studying abroad), and for several months I rode across the United States on my bicycle and then fought to intergrate that experience in whatever came next.  Third, I spent much of my time reading about Buddhism and philosophy; delving into the works of Romantic poets; and contemplating the nature of my existence and the meaning of it all.  And finally, I was a colossal pain-in-the-ass: self-righteous, pompous, filled with illusions of grandeur, judgmental, and so on.

“When I have a terrible need of — shall I say the word — religion. Then I go out and paint the stars.” – Vincent Van Gogh

A mystery consumes me. I pass the morning in ardent search of last night and furrow my brows as though dreams would return in the grooves of my forehead. That is not enough. Nothing is enough. I never can go faster or slower than one second at a time. My enthusiasm teeters between the unbearable and the blissful. I want to scale the heights of human knowledge, to create art, kisses, love, peace…but the next moment carries the enormity of my desire, and I fall upon the ground of my being like an electric charge in a puddle of amino acids. So I continue, neither collapsed nor elevated. Every sight I see, every thought, however subtle, every word I read or write only adds to the fury: nothing is enough.

The Glorious Absurdity of it All

The Pizza That Triggered a Memory

I am seated in a pizza parlor in downtown Chicago, passing the time until my 8 PM flight back to Providence.  The book I’m reading is called ‘American Gods,’ by Neil Gaiman.  Reading makes me want to write, and so I think about the book I should be working on.  Suddenly, a scent handcuffs itself to my neurons and is taken to a memory: I am standing before a lemon tree at my parent’s house, my grandmother next to me.  Baba’s expression is frozen.  I don’t see her, but rather a photograph of her; somehow the scent of lemon and childhood, however, is dynamic, alive.  Now I am holding a rolling pin, helping Baba make Peroshki.  Standing on my tippy-toes, my sight is filled with dough, flour…ingredients on their way to becoming food.  I haven’t thought about my grandmother much since she passed away nearly a year ago.  She was a difficult person and in her last years had lost her eyesight and much of her memory.  Yet a tenderness stabs at me like the knife that splits open an onion, releases its piquant odor.  Life is precious, cyclical, unique, linear, savage, brief, endless.  She is a part of me and I of her.  Just yesterday I could barely reach the table upon which we cooked.  Today I tower over my food.  Today my heart reaches for the slippery hands of greatness.  Tomorrow, whenever tomorrow comes, I will immortalize myself in ice: everything that comprises me will drip, drip, drip until I mix and mingle with everything that comprises the universe, until enough time passes that I re-discover myself among the detritus of the world and laugh at the glorious absurdity of it all.