The Allure of Justice 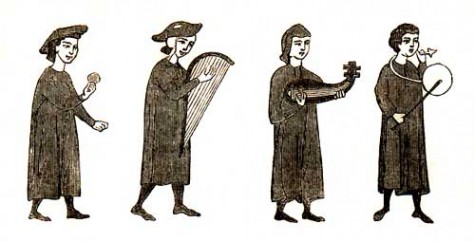 The idea of romantic love, so pervasive in our lifes as to appear to be a fundamental part of the human existence, is actually just that: an idea.  According to the theologian C.S. Lewis, the notion of romantic love first appeared in the 12th and 13th centures among the troubadors, who were nomadic musicians and poets.  He says, “The troubadours effected a change which has left no corner of our ethics, our imagination, or our daily life untouched…Compared with this revolution, the Renaissance is a mere ripple on the surface of literature.”

Can you imagine a time when romantic love was as alien as electricity to our ancestors?  Or that it came into existence in the Western world thanks to the voices and pens of a small group of people living centuries ago?  The answer, of course, is that you can’t.  The reason for yoru inability to do so is best captured by Victor Hugo, who said “There is one thing stronger than all the armies of the world, and that is an idea whose time has come.”

Unfortunately, however, Hugo forgot to elaborate on one key issue: Who decides, and by what process, that an idea’s time has come?  Is it merely a question of happenstance?  Do we inevitably fight for justice only to win that fight when enough time has passed..and the victory would have come anyway? Or is Margaret Mead right when she says that we should “Never doubt that a small group of thoughtful, committed citizens can change the world; indeed it’s the only thing that ever has”?

Whether it’s emancipation, women’s rights, gay rights, environmental justice, campaign finance reform or poverty alleviation, I firmly and wholly believe that there is a right side to history and a wrong.  What is left to us to decide is how quickly, how effectively, and how completely we tip the scales of time in factor of justice.  And here’s what gives me hope, what jolts me awake at 3 AM–electrocuted to the core by a new idea, a new approach to social justice–what moves me to throw my entire being into Capital Good Fund: if there was once a time when romantic love did not, in many ways, exist, then it is perfectly reasonable to work toward a day when injustice ceaces to exist.  Of course, justice will always be as imperfect as love; the point is not that we will live in a Utopia, but rather where we can all reasonably aspire to that Utopia.  If Romantic love does not exist, then how can you seek it?  If the idea of a world free of poverty is beyond our imagination, then by what path and with what tools do we build that world?

Ah, but it’s so easy to break down the logic, is it not?  Romantic love is a pleasurable thing, an easy thing that, once presented to humanity, is so obvious, so delightful as to be a useless analogy to the eradication of things that are painful.  In the latter case we go from a state of less pleasurable to more pleasurable, and in the former, we go from less just to more just: the latter is certainly more appealing, an “easier sell,” if you will.

But of course nothing is static.  Where once we did not know the extent of the Earth, now we are one click away from any human being, any geographic location, not only on the planet, but also around its orbit.  Where once ideas were controlled by the few that could read and afford books, now our pockets have access to all the knowledge ever created.  And once the interconnectedness of things goes from a vague notion–yes, an idea–to a concrete thing, the equation changes: if you recognize that, to quote MLK, “An injustice anywhere in a threat to justice everywhere,” then justice begins to take on a certain allure.

Imagine, if you will, what happens when the idea of justice becomes alluring, when it beckons to us like a perfume, a cool breeze, a sumptious meal.  Imagine when the thought of racial equality and upward mobility carries with it a soothing fulfillment, as though you had just gone for a cold wintry walk, taken a long, hot shower, and settled down to drink tea and read by the window.  Imagine that your daily actions, your work, your passion, your routine, becomes bound up in a tug of war with history–a tug of war that every day, slowly, little by little, you come closer to winning.  And imagine that all of humanity embraces the dignity and sanctity of all life–and that doing so is so self-evident, so ubuitous, that only outcasts view things otherwise.

In short, if once upon a time romantic love did not exist, and if a group of people brought it into being, then we–artists, scientists, civil servants, non-profit employees, engineers, teachers, policemen and women, carpenters, plumbers, all of us–can bring into being the world that we all want, all desire, but from a lack of hope and a surfeit of despair cease to believe in.

There is an allure to justice: will you allow yourself to be seduced by it?