A Better Way Forward in Syria

Note: this post represents my own personal views and should not interpreted as the stance or opinion of the Capital Good Fund

The Reasons For My Opposition

I’m going to come right out and say it: I think that bombing Syria is a stupid solution, akin to soaking an apple in poison to kill a worm.  Allow me to enumerate the reason for my opposition and then describe what I think is a better approach. 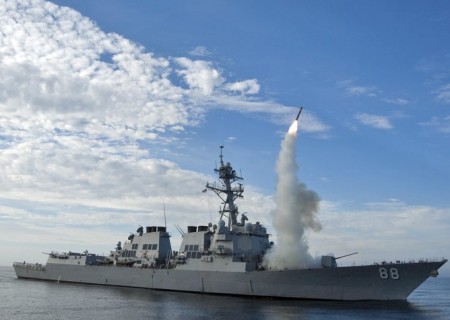 A Tomahawk Cruise Missile Being Fired From a US Warship

1) Bombing stockpiles of chemical weapons will merely serve to spread nerve agents far and wide; in effect, we’d be doing the work of Assad for him.

2) If we bomb military targets–troop convoys, fighter jets, command centers–our impact will be infinitesimal.  First, consider that the Syrian army has had almost two weeks to prepare for the possibility of an attack: are we really naive enough to assume that they are just waiting around for death to rein down upon them?  Second, this is a civil war being fought neighborhood by neighborhood with snipers, assault weapons, tanks, grenades and the like.  How the hell can we expect to eliminate such a decentralized war infrastructure?  And finally, it is impossible that these strikes can be carried out without civilians being killed and wounded, and it is probable that if the wounded civilians are opposed to the regime (or even if they aren’t), medical care will be difficult to access.

3) As many others have pointed out, the rebels aren’t exactly a dream team of democratic aspirations.

4) Lastly, if the stated purpose is NOT regime change but rather to ‘punish’ Syria for using chemical weapons, then aren’t we saying that, though we cannot prevent the use of these weapons, their deployment will lead to a slap on the wrist in the form of a couple of bomb craters and international condemnation?  Seems a little like playground-based foreign policy.

So I’ve got another proposal, one that isn’t driven by the testosterone drenched aspirations of military men and hawkish politicians.  Let’s suppose, for the sake of argument, that military action against Syria would come in the form of 50 Tomahawk missiles launched from US warships and submarines.  Let’s further assume that each missile costs around $1 million to purchase, transport and deploy–a reasonable assumption.  What we would be saying through an attack, in other words, is that we are willing to spend $50 million on Syria.  Great!  Why don’t we do this?  We announce that we are going to spend $50 million as follows: informing Syrians that anyone wanting to escape this brutal regime and this brutal civil war will be guaranteed safe passage out of the country, and building semi-permanent refugee camps that have excellent schools, hospitals, food and some measure of economic opportunity.  In this way we can return a sense of dignity to those that have been ravaged by war.  What’s more, we can partner with other countries eager to drop tens of millions of dollar’s worth of bombs to convert those funds into further aid.

Now, at least, we can send a different message to Assad: if you use chemical weapons, we will enable as many Syrians as possible to leave your damn country and escape your brutality.  Go ahead and flout international law, but the country you rule will consist of fewer and fewer people, meaning fewer and fewer people contributing to your already broken economy.  Good luck holding onto power in that scenario.

Is this a perfect solution?  Of course not.  People will still be murdered, injured and displaced.  But at least it recognizes the utter futility of a bombing campaign, our willingness to spend a lot of money on Syria and the importance of providing aid and succor to THE PEOPLE being attacked rather than unleashing hellish destruction from the sky.