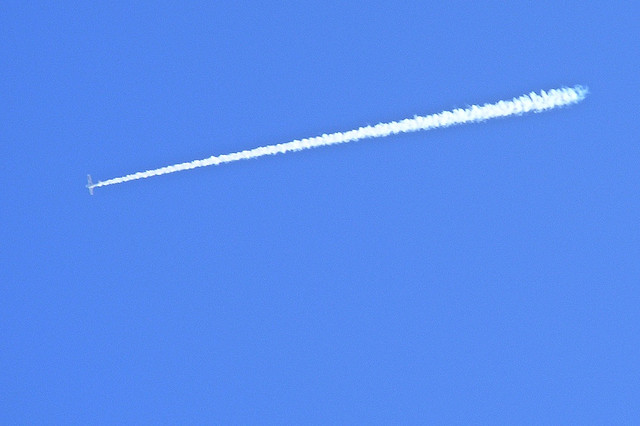 “Write, damnit.  Write.” This what the skywriter—that thorn in the poet’s side—has demanded of me, the ephemeral letters splattered across my mental sky.  I am seated in my office.  It is a lazy Friday; a long weekend is but hours from beginning.  For the first time in weeks, my calendar is nearly empty, my inbox dealt with.  I should be happy, relieved, relaxed…and yet I’m not.  The monitor mocks me; the cool breeze outside tempts me.  And as those grammatical clouds dissipate and disappear, a starker question is chiseled into the very folds of my brain: am I doing enough?

Let me back up.  Around the age of 15 I was introduced to Romantic poetry and philosophy, that exuberant, excessive, rebellious and moody brand of living that holds so much appeal for a restless and idealistic young man.  As the years progressed and the ideals of beauty, justice, truth and authenticity permeated my neurons and infiltrated my veins, a profound frustration began to emerge: all those around me cautioned that, with age, the ideals would lose their appeal, as though they were a tasty treat, now digested, relegated to a fate of excretion.  What’s more, I was told that they would be replaced with “realism,” “pragmatism,” “cynicism” and other “isms,” save for the pleasurable ones: “orgasm,” “mysticism,” and so on.

Ever since then I have railed against the notion that, with age, one inevitably comes to one’s senses, as it were.  I argued that the problem is not with the ideals, but rather with the individuals unable to battle to live up to them.  I watched countless friends and colleagues take the easy road, give up, postpone, and otherwise get around their deepest desires.  And I swore to myself that the same would never happen to me.

So here I am, the 29 year-old Executive Director of a nonprofit.  I’ve been at this for five (5) years, and during that time I’ve seen a lot: poor people struggling to make ends meet; great, and not-so-great, employees come and go (and sometimes stay); funders make deep investments in us, and otherwise pull the plug or downright deny us.  But most importantly, I have observed the extent to which the nonprofit and government sectors repeatedly fail to secure the resources and buy-in—political or otherwise—they need to really make a difference.  At Capital Good Fund (CGF), I often feel like I’m banging my head against the wall shouting “We KNOW how to tackle poverty!  We have a track record and a groundbreaking business model.  How come we can’t raise the god damn funds we need to take this to scale and make a dent in American poverty?”

Put another way, I already feel tired.  The ubiquitous nonprofit executive burnout—that scourge of our industry—has unabashedly made its presence known.  Like so many other nonprofit leaders, I often spend my time worrying about money and HR and legal issues, as opposed to why I started all this to begin with: changing lives and coming up with innovative approaches to solving problems.  Instead, my days are consumed with endless meetings, grant requests, proposals and reports.  But at least what CGF does is within my aegis of control; when I look at the world around me, I see social and environmental challenges about which I can do little.

Which leads us back to the original question: am I doing enough? How forcefully and passionately am I coming up with solutions, pushing myself to learn more, surrounding myself with advisors, and so on?  The answer, I think, is that I’m realizing 95% of my potential, something made concrete last month when I did a 125-mile bike race, from Bedford, MA, to southern New Hampshire and back.  75 miles into the ride I got extremely nauseated, to the point that I could barely pedal.  For three hours I slogged over steep hills and fast descents, stopping every 10 minutes to dry heave.  By the 100-mile mark I had had enough: I called a volunteer race organizer, who drove me back to the start/finish and my car.

What does this have to do with anything?  The bottom line is that I could have pushed through the discomfort; yes, I felt like utter shit, but I wasn’t in any physical danger.  What’s more, the final 25 miles were relatively flat.  And I could have rested by the side of the road for 30 minutes, or stopped at a pharmacy to get something to calm my stomach; or just sucked it up.  But instead, I gave up.  There was a point beyond which I could have gone, but didn’t.

In a similar fashion, I have devoted much of my twenties to following my dreams.  I lived in Spain for a year, rode my bicycle across the country, got an MA in Environmental Studies, started a nonprofit and published my poems and prose in various publications. All well and good, yet the problem is that I know I could be doing more.  For instance, I recently came across some of my writings from a decade ago.  Back then, not only did I write more often, but I seemed to have had access to a veritable catacomb of passion.  For a moment, I despaired that the ties to that world had been severed, but instead I realized that I had allowed myself to let stress and exhaustion numb me.  Where once I would spend my evenings delving into poetry and literature, now I would watch something on Netflix or a sporting event.

I know, I know: we all have limits.  We all need rest and relaxation.  I get that.  The point is simply that I’m stuck at 95% of my capability, and I wonder if by inching higher and higher I would have an exponentially greater impact on my life and the lives of others.  Simple as that.  Or not.