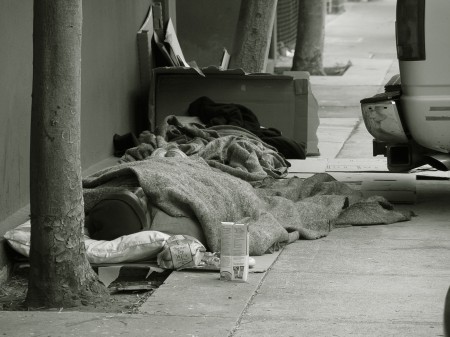 Sometimes I feel like people hear that we do consumer financial services for the poor and start to lose interest. And I get it: unlike a food pantry, homeless shelter or community health clinic, it’s hard to see the direct link between loans, Financial Coaching and free tax preparation and the needs of the poor.  As I often point out when I give talks, the founders of social change organizations tend to have a bit of a martyr complex.  That is, they want to feel that what they are doing is a matter of life and death for those they serve.  When I was starting CGF, for instance, I initially questioned whether poverty in America was severe enough to warrant dedicating my life to eradicating it; after all, unlike some countries in Africa or Latin America, we don’t have people dying of malnutrition and water born diseases.

Sadly, the more I’ve learned about American poverty and inequality, the more I’ve learned that, yes, in absolute terms it’s not the same as in “developing” countries, but in relative terms, it’s an endemic crisis of injustice.  One out of three Americans live at 150% of the poverty line or below; ~50 million don’t get three square meals a day; we have the highest rate of incarceration in the world (25% of all prisoners in the world are in the US); the average black household has one-tenth the wealth of a white household; and on and on and on.

But what is perhaps most striking is the extent to which financial injustice is at the core of inequality in America, especially as it pertains to the legacies and ongoing realities of racism.  In his provocative article in the Atlantic, The Case for Reparations, Ta-Nehisi Coates argues that racism in housing has, since the 1930s, been as much of a scourge in the North as Jim Crow was in the South.  He notes that “In 1934, Congress create the Federal Housing Administration [which] insured private mortgages, causing a drop in interest rates and a decline in the size of a down payment required to buy a house…[But] neighborhoods where black people lived…were usually considered ineligible for FHA backing.  They were colored in red…Redlining went beyond FHA-backed loans and spread to the entire mortgage industry, which was already rife with racism, excluding black people from the most legitimate means of obtaining a mortgage.” 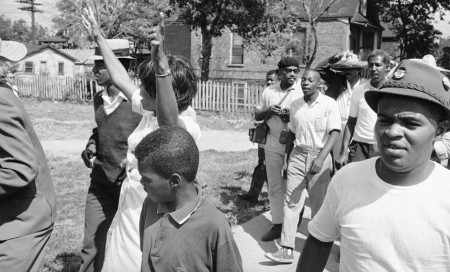 If a mortgage is the means by which Americans realize the American Dream, then racism has, to paraphrase the great poet Langston Hughes, deferred that dream. And now we can start to see the linkages: blacks have a fraction of the wealth of whites; much of the wealth is tied up in housing; and racism has divorced people of color from accessing that world.  What’s more, during the run up to the Great Recession, Dean Starkman argues that “The racial nature of mortgage predations that led to the financial crisis are by now well known; suffice it to note that an African American with a good credit score was three times more likely to wind up with a subprime loan than a white person.  Indeed, an African American family making $200,000 a year was more likely to be put in a subprime loan than a white family making $30,000.” (Dean Starkman, New Republic)

Mr. Starkman goes on to say that “Rather than consigning African Americans to subprime mortgages, payday loans, and other financial Ford Pintos, the government should instead dramatically increase support for Community Development Financial Institutions…” Well guess what?  We are a CDFI!  We aim to put those predatory companies out of business.  To help the poor and people of color build assets.  To give them the tools to take charge of their finances and their health.  And to offer them access to affordable loans that unlock their potential, whether it’s a loan for a safe apartment, a new car of simply getting caught up on utilities.

Racism, in short, frequently manifests itself as financial injustice.  Financial institutions, mainstream as well as “nontraditional,” are guilty of perpetuating this injustice: they continue to be fined for racist policies before and, amazingly, after the Great Recession.  In this light, we can start to see why I’ve devoted my life to the provision of equitable financial services that uplift marginalized communities.  To the extent that we seek to tackle racism at its core, we must realize how crucial financial services are to that noble and long overdue goal.  It’s worth noting that when Dr. Martin Luth King was assassinated in 1968, he was in Memphis to support a sanitaton workers strike.  In his final speech he implored the audience to take their money out of racist banks, to boycot racist companies, and to purchase insurance from equitable insurance providers (this theme was repeated in the past few years with the “Move Your Money” movement.)

This was not the first time Dr. King spoke of financial injustice, of course.  Let me conclude with the following passage from his I Have A Dream Speech,

“In a sense we’ve come to our nation’s capital to cash a check.  When the architects of our republic wrote the magnificent words of the Constitution and the Declaration of Independence, they were signing a promissory note to which every America was to fall heir…It is obvious today that America has defaulted on this promissory note, insofar as her citizens of color are concerned.  Instead of honored this sacred obligation, America has given the Negro people a bad check, a check which has come back marked “insufficient funds.”