The Banality of Good 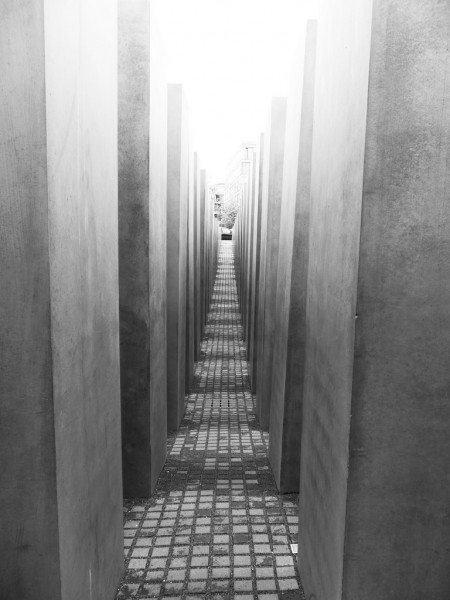 The banality of evil is a term coined by the Jewish political theorist Hannah Arendt.  Writing about the trial of Adolf Eichman, a lieutenant colonel in the infamous Nazi SS who played a critical role in the Holocaust, she notes that ”aside from a desire for improving his career, Eichmann was not driven by antisemitism or psychological damage…the phrase refers to Eichmann’s deportment [at his trial], displaying niether guilt nor hatred, claiming he bore no responsibility because he was simply ‘doing his job.’”

The banality of evil need not only apply to war criminals.  As I mentioned in my last post, Financial Injustice And Racism, where once social ills were visible in the street and unavoidable–’Whites Only’ signs, the Cuyahoga River catching fire because of pollution–now they are perpetuated by respectable people working for respectable institutions leading respectable lives.

Weapons of war–fancy, amazing, innovative–appear in glossy photos in magazines, and politicians line up to applaud every multi-billion dollar bloated contract awarded to the firm (corporate welfare, anyone?); the institutions responsible for a global financial collapse not only escape legal culpability, but business is quite good, thank you very much!; programs for the poor are cut, not because of a disdain for the disadvantaged, but rather due to differences in governing philosophy vis-a-vis spending and the role of the market, trickle-down economics, and such; immigrant children are housed like criminals, not because of racism, not because of a lack of compassion, but because the practical reality is that America cannot be everything to everyone (but wait, how many trillions have we spent in Iraq and Afghanistan trying to create and build flourishing democracies?); you get the picture.

Working in the social sector is supposed to be an antidote to all that craziness.  We are determined to question the dissonance between what we espouse and what we do.  We accept longer hours, lower pay and more stress, all in service to the poor, the marginalized, the forgotten, the wronged.  And even when the going gets tough–and boy let me tell you, the going is frequently tough–we remain energized by the spirit of those we serve and the joy of doing good.

Yet sometimes I feel like there is a kind of banality of good, as well.  It’s amazing how much of my day is spent on things that, on the face of it, have nothing to do with our mission.  Our Internet goes down.  A contract needs to be logged into the system.  Checks need to be signed.  Balanced must be checked. After a while, it all starts to seem so far removed from anything of import that you start to forget why the hell you are doing all this in the first place.

A case in point has to do with printers.  Let me be blunt: we can put a man on the Moon, but we apparently cannot design a printer that lasts for more than two months.  We go through printers like $500 candles.  Our latest printer issue became especially dire when it began to smell like it was going to catch fire.  Fortunately, Fidelity Investments, one of our generous supporters, offered to donate to us 4 high-quality printers.  The only caveat was that we would have to pick them up ourselves from their office in Smithfield.  No problem: field trip!

So Charles and I book a pickup truck from Zip Car, the plan being that we will walk 2 miles from the office to pick up the car, drive to Smithfield, load up the printers, drop them off at the office, drop off the car and walk back.  Unfortunately, one mile into the walk to the car it starts pouring rain, cats and dogs.  I have an umbrella, and Charles uses trash bags over his head, but it doesn’t matter: it’s so damn hot and humid that we are soaked from sweat.  Not long after we get to the car, however, we realize there’s another problem: the printers are going to get wet in the bed of the truck, and they won’t all fit in the cab.

Nevertheless, we drive to Fidelity through some of the most torrential rain I’ve ever seen.  We spend 45 minutes wrapping heavy printers in plastic and loading them into the truck.  We then drive back and schlep all of them to the office.  All told, we spend 4 hours of our day doing this.  By the time we are done, Charles and I are both exhausted, and there is still an entire day’s worth of work to do. Great, now we can print, but we lack the energy to do anything worth printing!

It is terrifying that evil can become boring, commonplace and routine.  But I’m starting to fear that the same can happen to good.  In it’s own way, the trend we see in the nonprofit world–people constantly getting burned out, high turnover, dissatisfaction, stress and disillusionment–is also pernicious to the planet and the good of those living on it.  How are we to fight injustice if the fight has gone out of us?  In his Letter From a Birmingham Jail, Dr. King wrote that “We will have to repent in this generation not merely for the hateful words and actions of the bad people but for the appalling silence of the good people.” Tired people are silent people.  Overwhelmed people are silent people.  Respectable people are silent people.  No, we simply cannot afford to be silent.  When the wheel of justice is out of true the noise can be deafening; if we are to be heard we must be loud and bold in our speech!

I therefore think it imperative that we maintain a sense of humor as we do this work, that we constantly remind ourselves why we do what we do.  Let us never, ever succumb to the banality of evil or of good.