Cycling In Montreal, Cycling Every Day! 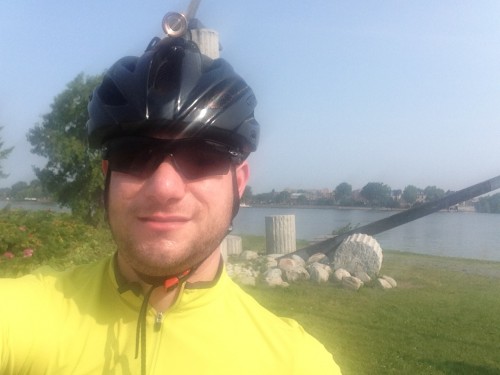 Going for a lovely ride in Montreal

On August 21, 2008 I decided to see for how many consecutive days I could ride my bike at least one hour; 250 days later, the streak ended, not because I wanted to, but rather because I went to Bangladesh for three weeks and was therefore unable to ride (Here is the post I originally wrote about the streak).  For the past four years my cycling mileage has gone up and down: sometimes I rode hundreds of miles a month, and sometimes I went months without riding.  For the last 8 months, however, my mileage has skyrocketed.  As I think about it, I realize that the amount of time I spend on my bike is in direct proportion to the amount of stress I experience at work; for me, cycling is the ultimate antidote to the exaustion and frustration inherent to running a nonprofit.

Like many people, I find that I am most motivated when I have a very clear goal in mind.  Last year, for instance, I trained for the Great River Ride, a 110 mile race with nearly 9,000 feet of climbing through the Berkshires.  I knew that unless I did a lot of long rides–especially rides with a good amount of climbing–I would be unable to complete it.  I am proud to say that, though it took me nearly 9 hours and my right shoulder felt like it was going to fall off, I completed the event! 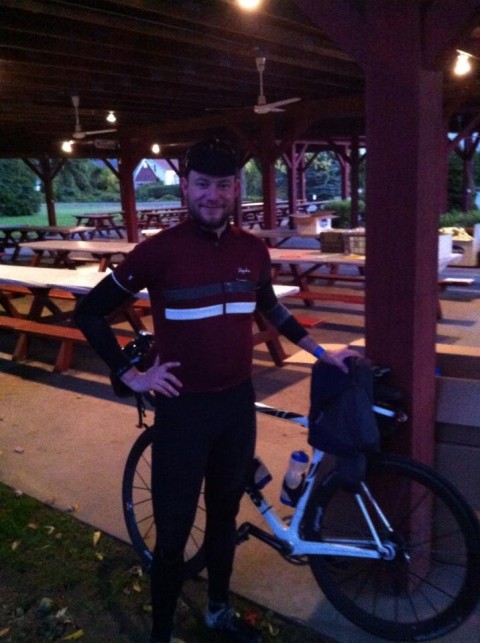 Here I am about to start the race!

And here are all the stats from the ride: Untitled_by_peacefullofl._._.armin_Connect_-_Details_.pdf

After the Great River Ride I immediately started thinking about my next challenge, which is going to the Solvang Double Century (200 miles) on October 18.  Not content with that, the week prior I will be doing the Great River Ride again!  But there’s something else at play: my 30th birthday is on November 14th, and I am going through a kind of “quarter life crisis.” The symptoms?  I’ve purchased an expensive bicycle and have gotten obsessed with being in the best shape of my life before my birthday.  And so it is perfectly natural that I would re-start the cycling streak, which began on July 26th.

One of the things I love about cycling is that it forces me to make time in my life for myself.  A great example is the trip Bianca and I took to Montreal last weekend.  Ordinarily I would’ve done no exercise during the trip, but because of “The Streak” I brought along my race bike and did three gorgeous rides (one of them together with Bianca!).  And what better way is there to a see a city than by bike?

We’ll see how long I make it this time!