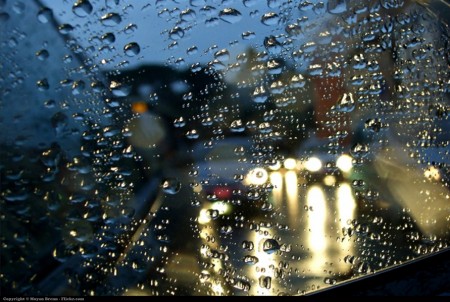 What I hated most was when the clouds would part and the sun would start to peek through; it felt to me like an invasion of that comfortable place I had been inhabiting…an invasion of my privacy!  That’s why I was never content with a mere thundershower; no, I needed to know that a solid part of the day would consist of uninterrupted rain.  Then, and only then, could I relax and slip into those soft mental pajamas.

It rained today in Providence.  All day.  Exactly how I like it.  Of course I had things to do: a meeting at the United Way, grants to write, invoices and checks to sign.  I am an adult now, after all!  Still, as I dealt with firing an unruly employee, looked for a replacement, and continued the never-ending quest to keep the lights on, every once in a while I walked up to the window (it overlooks a parking lot, alas) and felt time shrivel up and evaporate. For a few moments I was that little boy playing his video games…a little boy playing at life: the nonprofit game, the adult game, the relationship game, the money game.  And you know what?  If I pause just long enough—all games come with a pause button—I remember that everything is an adventure and am able to once again bask in the drizzly, soaked, clouded-over wonder of being alive.