My Take On the Ice Bucket Challenge 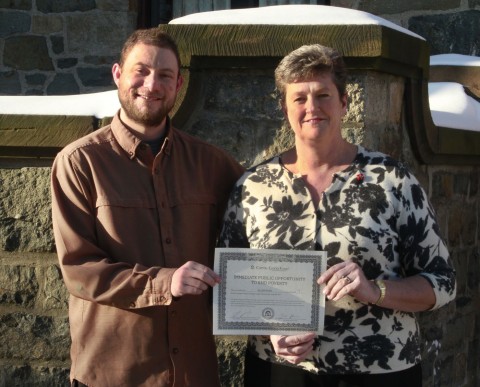 I’m going to say it up front: I am jealous of the success of the Ice Bucket Challenge.  The reason should be obvious; for every hundred thousand nonprofits like Capital Good Fund–racking our brains just to raise that next dollar–there is but one wild viral success story.  You may recall the Kony 2012 video put out by Invisible Children, which raised tens of millions for the organization, and the Ice Bucket Challenge has already poured (pardon the pun) 50 million into the coffers of the ALS Association.  Unfortunately, these are outliers.  Aside from responses to natural disasters and attacks such as 9/11, the 2010 Haiti Quarthquake and Typhoon Haiyan (click the links to donate to these causes), nearly all nonprofit fundraising campaigns are limited in ambition and even more limited in their impact on the bottom line.

So why has the Challenge done so well?  If you’re a fan of Capital Good Fund, you probably remember our nonprofit IPO, which netted $25,000 for our operations thanks to over 150 individual contributors.  The concept got us a lot of positive press and exceeded our expectations in terms of engaging the public.  Particularly effective was the push to have ‘Shareholders’ post photos of themselves with their stock certificate on social media, something 27 donors did–everyone from the governor of Rhode Island to the CEO of Citizens Bank and individual supporters.  I got especially excited about these photos because I thought they could catch on; if there’s one lesson to learn from the Challenge, it’s that people like to share with others things of which they are proud.  But alas, a photo with a piece of paper isn’t nearly as exciting as a video of someone getting doused with water!

There has also been a fair amount of skepticism of the Challenge.  Writing in the LA Times in an article tiled A few (impolite) questions about the ice bucket challenge, Michael Hiltzik questions if the “money is being put to its best use,” and notes that “One concern of philanthropy experts is that high-profile fundraising campaigns like this might cannibalize other donations–those included to donate $100 to charity this summer, or this year, will judge that they’ve met their social obligations by spending the money on ALS” (this is known as moral licensing).

That last point is especially troubling.  As a percentage of GDP, charitable giving “has rarely strayed far from 2 percent over the past four decades…” (The Chronicle of Philanthropy). As a result, nonprofit fundraising is a zero sum game: a dollar contributed to ALS is unlikely to be donated to another organization.  Finally, there’s the question of “stickiness.” How many people will become repeat donors?  Sadly, the percentage is likely to be small, setting up the ALS Association for a massive dip in fundraising for 2015 and beyond.  Anyone who has managed a budget knows what a shock it can be to rapidly increase spending–more staff, more programming, more outreach–only to have to just as rapidly cut back.

Still, the push back against the Challenge is unfair and, to an extent, silly.  I don’t care how the money is raised, just that it is raised!  Above all else I am excited for the ALS Association, both from a personal and professional point of view; my best friend’s father passed away from ALS, and I know just how hard it is to increase nonprofit revenue.  The real issue has nothing to do with this campaign, or any other nonprofit campaign: we are all doing everything we can to make the world a better place.

No, I think the key question is something else entirely: how do we increase that 2% number?  So long as one nonprofit’s feast is another’s famine we will be unable to fulfill our collective missions.  If nonprofit IPOs, Ice Bucket Challenges, viral videos and other creative campaigns raise funds for individual organizations, good for them.  But if they can grow the total pool of funds into which charities can tap, good for all of us!

Ideas For Charities That Missed Out On The ‘Ice Bucket Challenge’ (Forbes.com)