On the Arts & Wealth 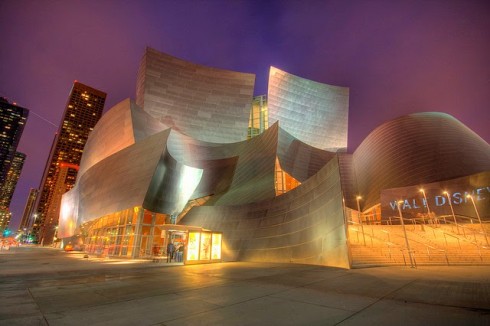 The Power of Live Theatre (yes, I prefer the British spelling!)

Growing up I was privileged in many ways, one of them being the number of plays, musicals, and concerts I had the opportunity to see.  I distinctly remember dressing up for the show, the architecture of the theatres, the voices and movements of the actors.  Several theatrical experiences stand out as seminal moments in my development as a person in general and a writer and poet in particular.  For instance, a number of years ago my parents and I went to see The Glass Menagerie at a small playhouse in Burbank, CA.  The play, which is a masterpiece, came to life thanks to absolutely brilliant acting; when the curtain finally came down I was transfixed.

Live theatre, when done well, can be a transformational experience.  It opens the mind, stirs the soul, and awakens the senses.  In short, it can play a critical role in a person’s life–making them more cultured, thoughtful and self-aware.  Unfortunately, as I’ve grown older and become more involved in fighting poverty and injustice, I’ve found myself increasingly concerned that all too often the arts are by the rich, about the rich, and for the rich.

Think about the last time you went to a live performance.  Did you notice a lot of luxury vehicles in the parking lot?  Expensive clothes and jewelry?  And what about the play itself?  I can’t ignore the fact that so many plays are about the wealthy and their foibles.  To be honest, I’m sick of it!

Of course, there are myriad exceptions–plays about the poor and middle classes, including Fiddler on the Roof and Les Misérables.  But in far too many cases, I think the trend holds true.  And irrespective of content, I question the value of giving tax deductions to wealthy people that donate to theatres whose audiences consist of the wealthy. In fact, if you look at charitable giving in America, of the $335.17 billion Americans donated in 2013, $16.6 billion went to the arts, culture, and humanities (Giving USA).

Now, I want to be very clear that there are a lot of fantastic arts nonprofits–a LOT of them–including some here in Rhode Island, such as AS220, RiverzEdge, Community MusicWorks, 2nd Story Theatre, The Steelyard, and the Providence Children’s Museum. These are organizations that use the arts to empower troubled youth, the poor, ex-offenders, the disabled, the mentally ill, etc.  One of their defining features is that they provide free or low-cost tickets to disadvantaged families.

I’m talking about the places whose ticket prices are astronomical and whose programming is not geared toward those in need.  The Walt Disney Concert Hall (pictured above), for instance, cost $240 million to build and is a nonprofit.  It is a glamorous, even rococo structure, one whose halls redound with the chatter of the 1%.

I get that the arts and culture are critical to the health and well being of our society, but I don’t understand why something targeted at the rich can justify a tax exemption.  Speaking broadly, I want the arts to be accessible to all.  I want to see shows about the lives of the poor and the middle class, attended by the poor and the middle class.  And I want more funding for the amazing organizations whose missions are to drive social change through music, theatre, and art.