We’re in a Climate Emergency, Part 1: Banking on Change

In Siberia, the ground surface temperature recently hit 118 degrees, and “It’s warmer in parts of western Canada than in Dubai.” The Heat Dome behind these astounding temperatures is, in a normal climate, an anomaly; due to our failure to address climate change, this not not only the new normal–it is a prelude to even worse conditions. We are, in short, in the midst of a climate emergency.

But I do not want to focus on doom and gloom. Rather, I intend to write a series of posts highlighting actions that we can take, right now. Today I want to talk about banking, a topic that is frequently on my mind because I run a nonprofit lender: banks provide us with grants and donations, and they cause and exacerbate the unequal access to credit that we work to ameliorate. In the world of climate, many financial institutions are the enemy. The simple fact is that no major polluting project–be it the Dakota Access Pipeline, a coal-fired power plant, or tar-sands oil–is possible without financing from large banks and insurers. Yet even as many banks put out press releases about green initiatives, their lending activities are diametrically opposed to the goal of a stable climate.

Just consider JP Morgan. According to Rainforest Action Network’s annual Banking on Climate Chaos report, since the adoption of the 2015 Paris Accords, their “lending and underwriting activities have provided nearly $317 billion to fossil fuels.” What types of climate-destabilizing projects are they lending to? Canadian tar-sand oil; Arctic, fracked, and offshore oil and gas; and even coal mining and coal plants. In other words, the most damaging types of fossil fuel projects–damaging not only to the climate, but also to the land, water, and Indigenous communities.

But this isn’t just the fault of one mega-bank. The report notes that since 2015, “the world’s 60 largest private sector banks [have] financed fossil fuels with $3.8 trillion.” Trillion. These include household names like Truist, Santander, UBS, HSBC, Goldman Sachs, TD Bank, Barclays, Bank of America, Wells Fargo, and Citi; many of these institutions are also significant grant funders of Capital Good Fund, the nonprofit I run and which seeks to advance a green economy (I explore that contradiction in an essay I wrote for the Chronicle of Philanthropy).

One important action step anyone concerned about the climate can take is to close their account with a dirty bank and open one with a clean bank. Remember that when you deposit money, you are basically making an interest-free (or very low-interest) loan to the bank; they then use your money to make loans to small businesses, homeowners, and, far too often, fossil fuels. Unfortunately, as with so much of the economy, the most convenient products and services–Google, Amazon, Facebook–are often the most harmful to people and the planet. In my case, I have had an account with Bank of America for nearly twenty years. While I have long understood how terrible the Bank is, switching accounts is a pain and I had never gotten around to it.

What finally got me to close my BofA account is this heat wave. As I recently noted, I am both sad and furious that the delight of moving back to LA to be near family is blunted by the reality that I’m going to be living in the climate frontlines. It is despicable that our futures, and the futures of our children and grandchildren, have been imperiled by people and companies who knew better but did it anyway because they wanted to get as rich as possible while the fossil fuel party was on. (Now they want to keep profiting off the old economy while making money from the clean transition; and we have no choice but to hope that they do invest in the transition…But that’s another topic for another day).

When switching banks, however, the definition of “green” becomes important. A lot of financial institutions, and companies in general, are touting their zero-carbon and other eco-friendly initiatives; most are bullshit. The best way to find a green bank is to invest in one that has a local or regional focus, that has diverse management, and that has made clear commitments to, for instance, not financing oil exploration.

After doing my research, I decided to open an account with Amalgamated Bank. Why? First, I need a bank with a national footprint. Second, they have committed to not finance fossil fuels and are “one of three US banks to sign the
UN Principles for Responsible Banking.” And third, they have committed to not financing companies that are misaligned with my values: they won’t lend to weapons manufacturers or private prisons, for instance, and have actually sued for profit prison companies. (There are other reasons; suffice it to say that they do more than talk a good game.)

Of course, there is always a trade-off. Switching accounts took weeks of time and effort. For starters, Amalgamated’s online account opening functionality has been down for months; I was only able to open an account through a personal connection, who allowed me to do so by phone and email. I then had to identify all of the accounts that are connected to my BofA account–credit card, utility, cable, payroll, etc.–and switch them over. But we will have to learn to adjust our expectations as the planet warms: we can’t expect perfectly seamless experiences and instant gratification from companies that are doing right by the planet. Just as Capital Good Fund can offer lower rates to borrowers but cannot close loans as quickly as predatory lenders, banking with a responsible institution requires accepting clunkier technology and less convenient branch locations; it also means taking many hours to disentangle one’s life from one’s existing bank.

But that’s the point. Being entangled with companies like Bank of America means that, however infinitesimally, we are supporting the damage they cause. They won’t notice that I close my little account, but Amalgamated will. And if enough of us make the switch, perhaps we can force the big banks to change their ways.

Still, closing an account is not enough, which is why activists groups have been organizing nonviolent direct action against the JP Morgans of the world. I encourage you to learn more about their effort and join the fight by clicking here–and, if you can, to make the time to open an account with a credit union, community bank, Black-owned bank, CDFI, or other socially responsible financial institution.

Next week, in Part 2 of this series, I’m going to cover my experience “electrifying” our new house in LA! 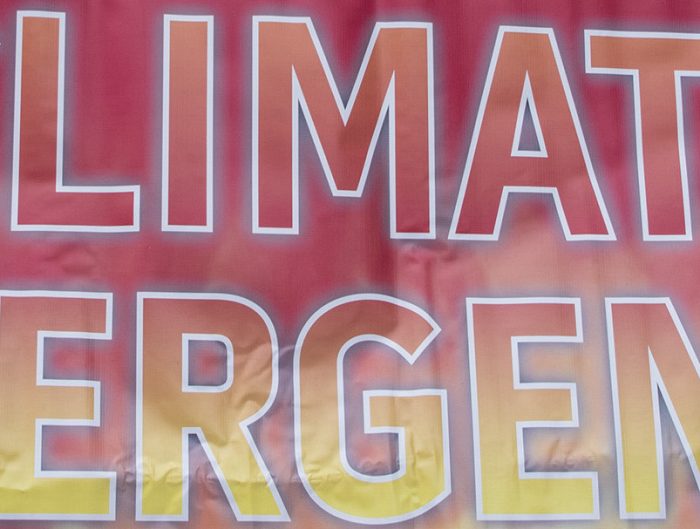