Greetings from my new home in Thousand Oaks, California! Chance and I drove 3,100 miles in an electric vehicle (“EV”) from Boston, MA to here, in just five days; we met up with Bianca and Richard, who had flown in a week earlier. Below I share some thoughts on moving, garbage, and long-distance driving in an EV, as well as a photo gallery at the end.

As we were packing up the house we’ve lived in since 2016, I was struck by how much junk we had accumulated: cables and wires, broken electronics, unopened gifts, old batteries and light bulbs, spare parts belonging to who-knows-what, children’s toys used once and then left to gather dust. Sorting through this crap was depressing: while greenhouse gas emissions get most of our attention these days, resource depletion and waste–mining of raw materials, deforestation, plastic–is also straining the planet. Much of what I found in drawers and closets was not recyclable or only recyclable in theory (just 8% of plastics sent for recycling actually get recycled); other items, like nail polish remover, require specialized services for safe disposal.

As Americans, we account for less than 5% of global population but 17% of energy usage; one can find similarly jaw-dropping statistics regarding our consumption of food, raw materials, and natural resources. I was left with a desire to get rid of all that crap and never buy anything again–but every minute of every day, we are bombarded with an entire culture, economy, and marketing apparatus dedicated to consumption. Resisting this requires a concerted effort, especially given how Amazon and others have made it easy to buy “with just one click.”

I decided to drive to LA with Chance because he’s too big to bring on a plane and I wasn’t about to have a stranger drive him, though those services exist; I admit I was also looking for a little adventure. We left on Friday, August 27 and arrived on Tuesday, August 31, averaging 600 miles a day. Now, one of the reasons people give for not purchasing an electric car is so-called range anxiety, the worry that the need to charge every 200+ miles is unworkable. Fortunately, I can report that my cross-country drive was not impeded in the least by my car’s 220 mile range.

First of all, I needed to stretch, use the restroom, and take Chance for a walk after 1.5 to 2.5 hours. Second, there are plenty of fast-charging stations known as Level 3 chargers, offered by both Tesla and other companies, that enable one to add 150 miles of charge in just 15 – 20 minutes, and to charge to full in 35 – 45. I was able to take care of everything I needed to do while charging, such that each day I was always either charging or driving. I could not have made the trip any faster in a gas-powered car.

And finally, the vast majority of Americans don’t drive more in a day than the range offered by most EVs (and range is improving). The notion that we need to get, say, 600 miles on a charge because we might go on one road trip per year is spurious–as evidence both by the rarity with which that happens and the fact that I just did way more than that without incident. At the same time, EVs have a ton of other benefits, including:

All of this explains why the Biden Administration is pushing so hard for EVs. As costs come down, more models come to market, and more charging stations are built, there are fewer and fewer excuses for not going electric.

Back in LA, where both Bianca and I grew up and where our families still live, I have already taken advantage of the perfect weather (at least for now; we are not getting wildfire smoke at the moment and the air quality is decent) by going for a gorgeous bike ride, something I hope to do every day after work. And of course, I will still be running Capital Good Fund as we dramatically scale up and change lives!

Meanwhile, Richard has started daycare–he’s adjusted so well!–and Bianca has started her new job at Amgen, which is headquartered about 10 miles from our house. So far, so good at our new home, despite the crazy gubernatorial recall election, drought, and wildfires. At least for a a few days, I’m allowing myself to forget about the interlocking crises threatening democracy, freedom, and the planet, and simply enjoy the move to a beautiful house in a beautiful part of the world. If you are ever in the SoCal area, please come visit! 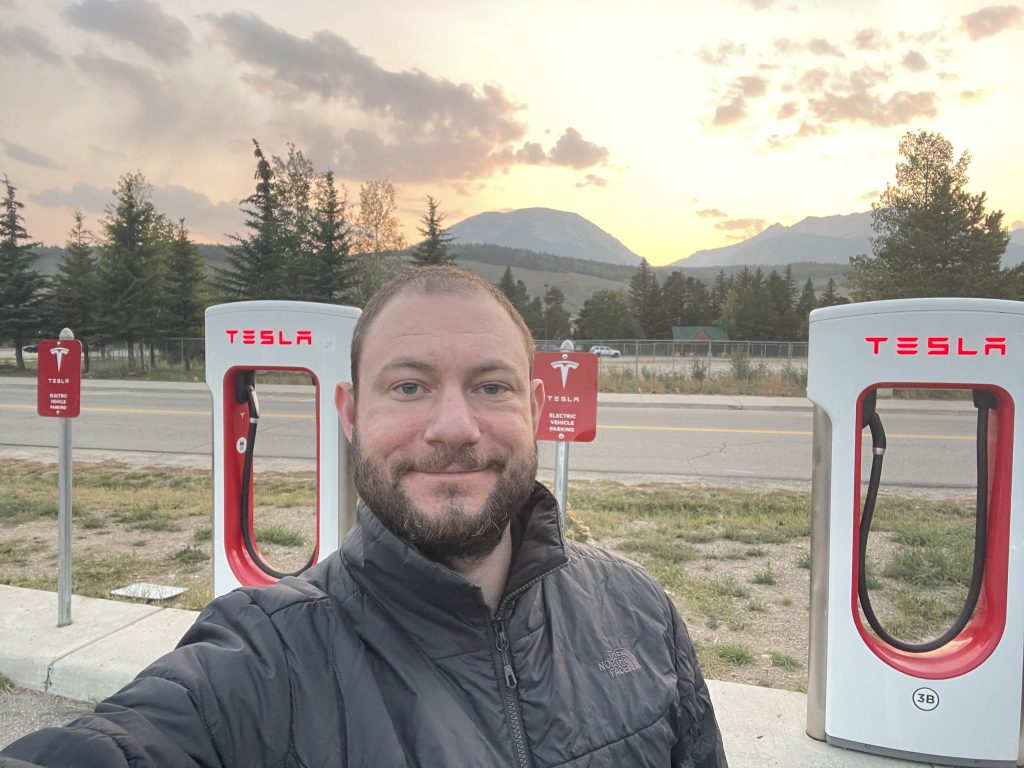 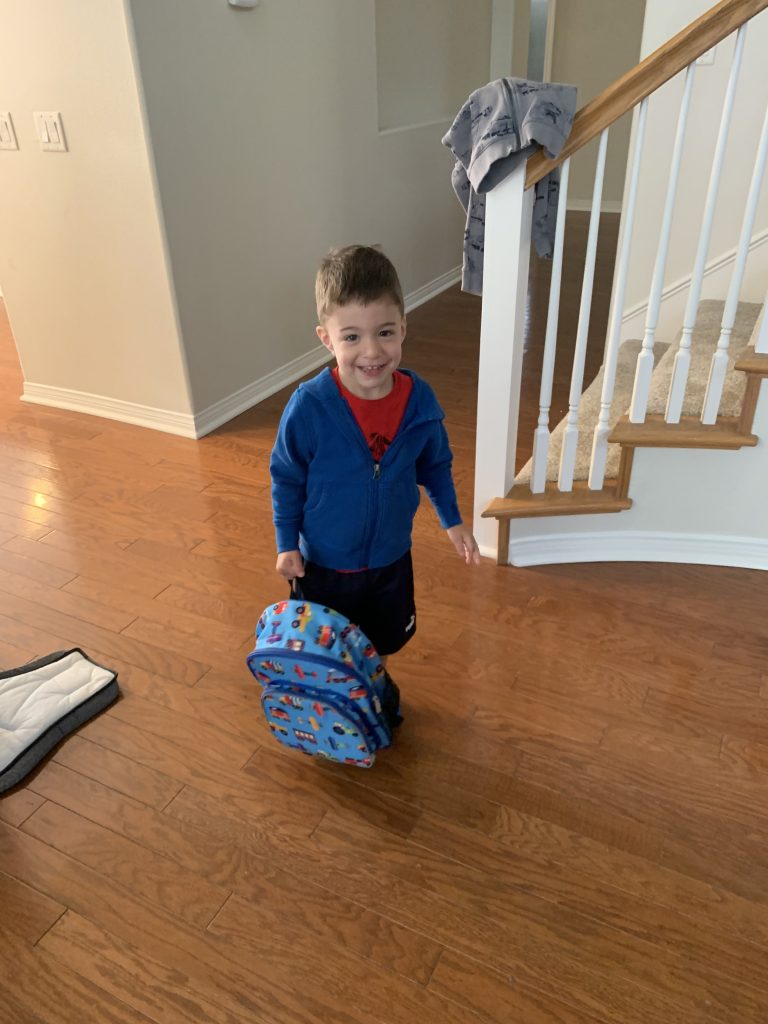 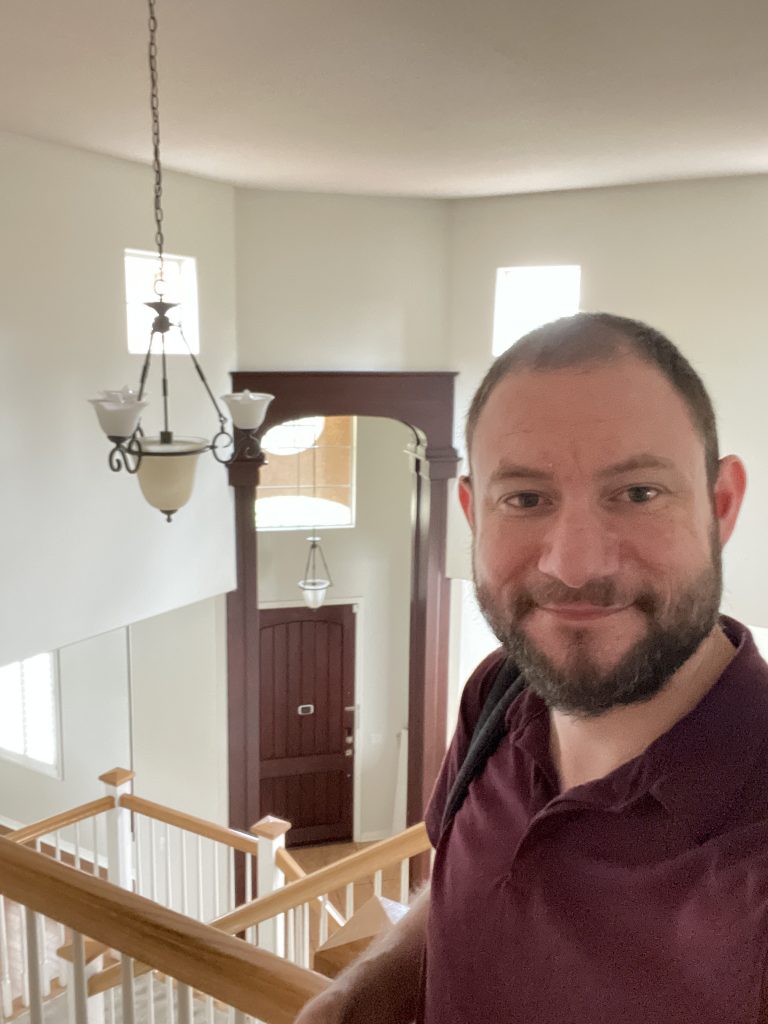 Entance way of the new house 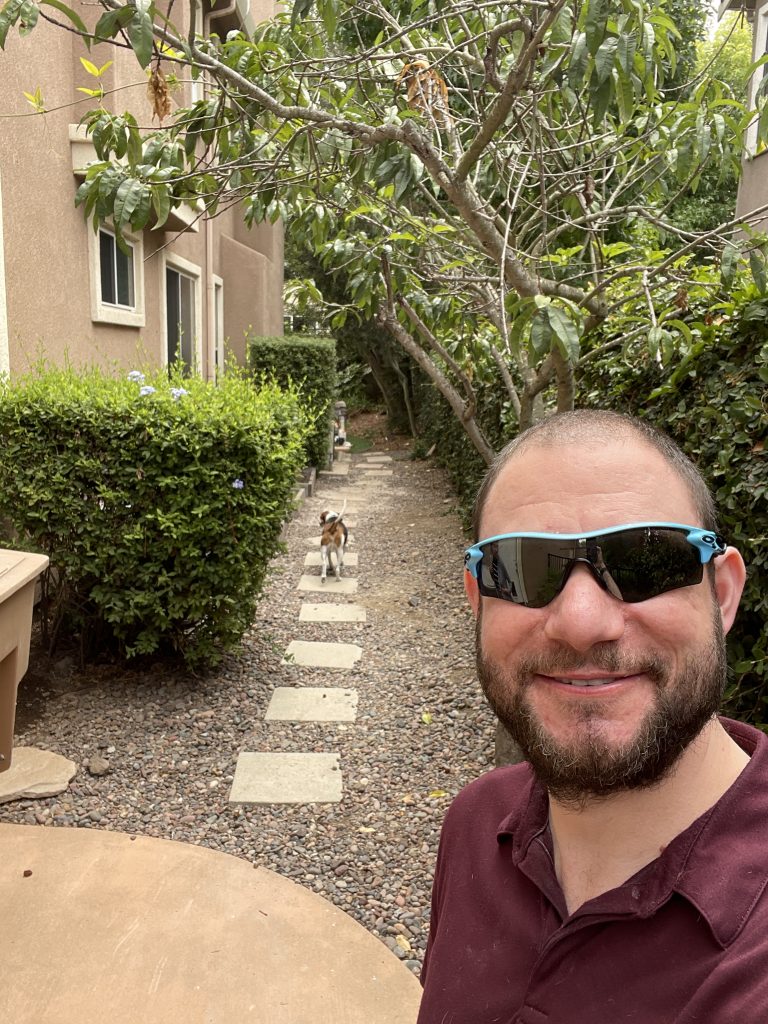 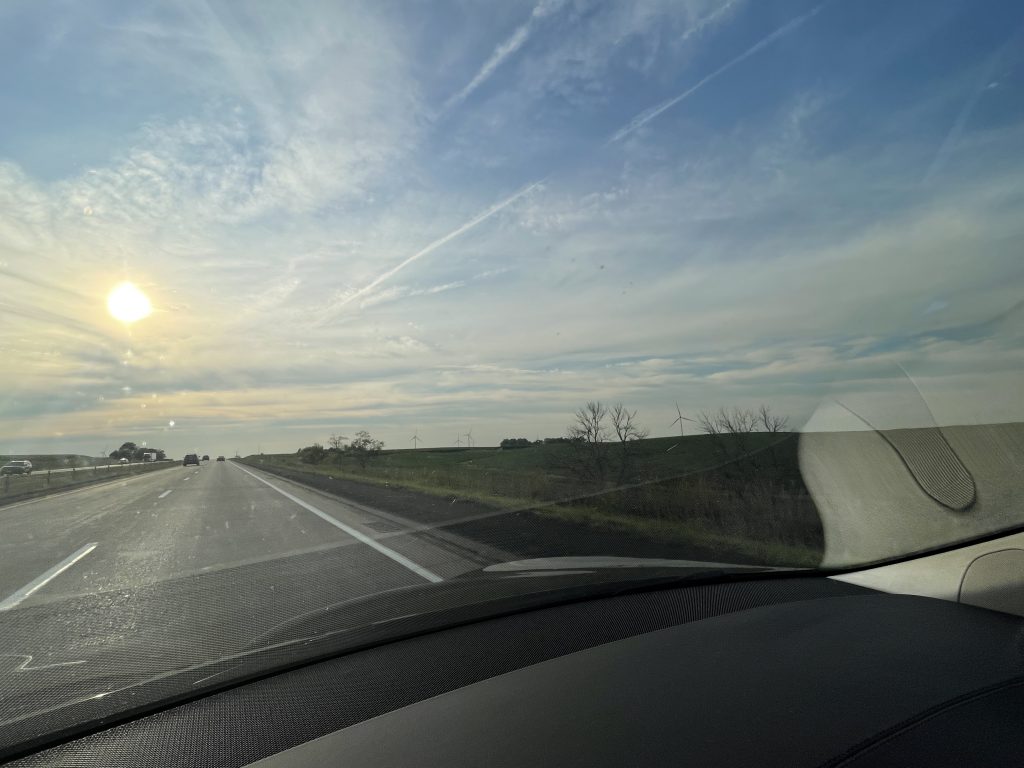 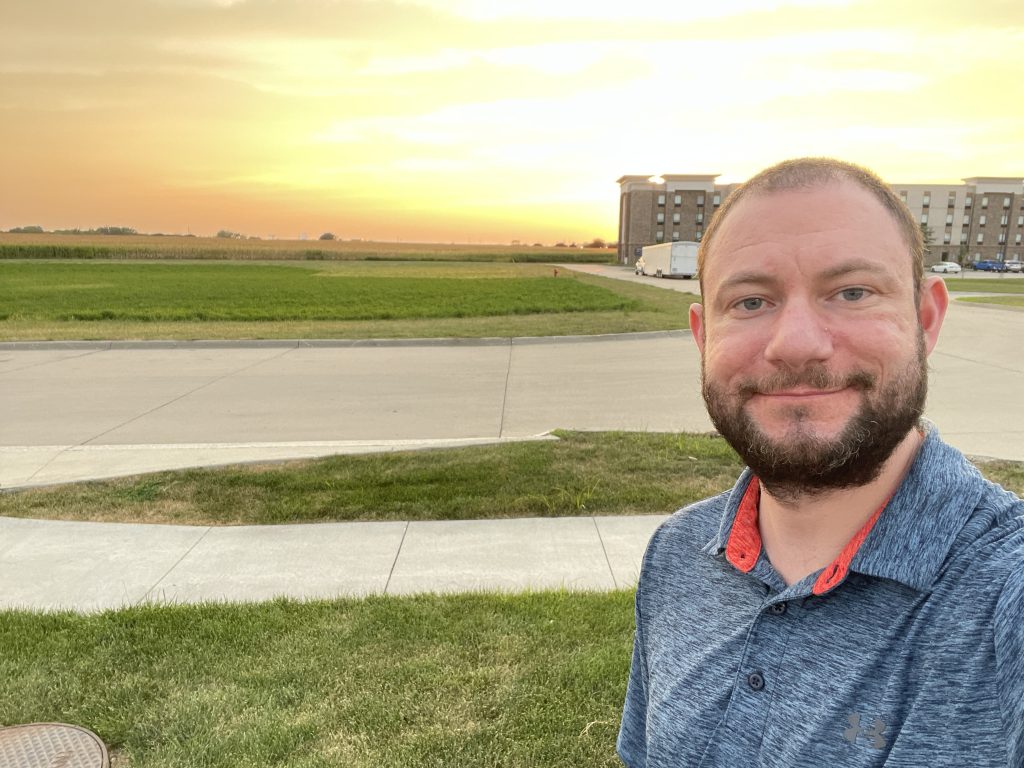 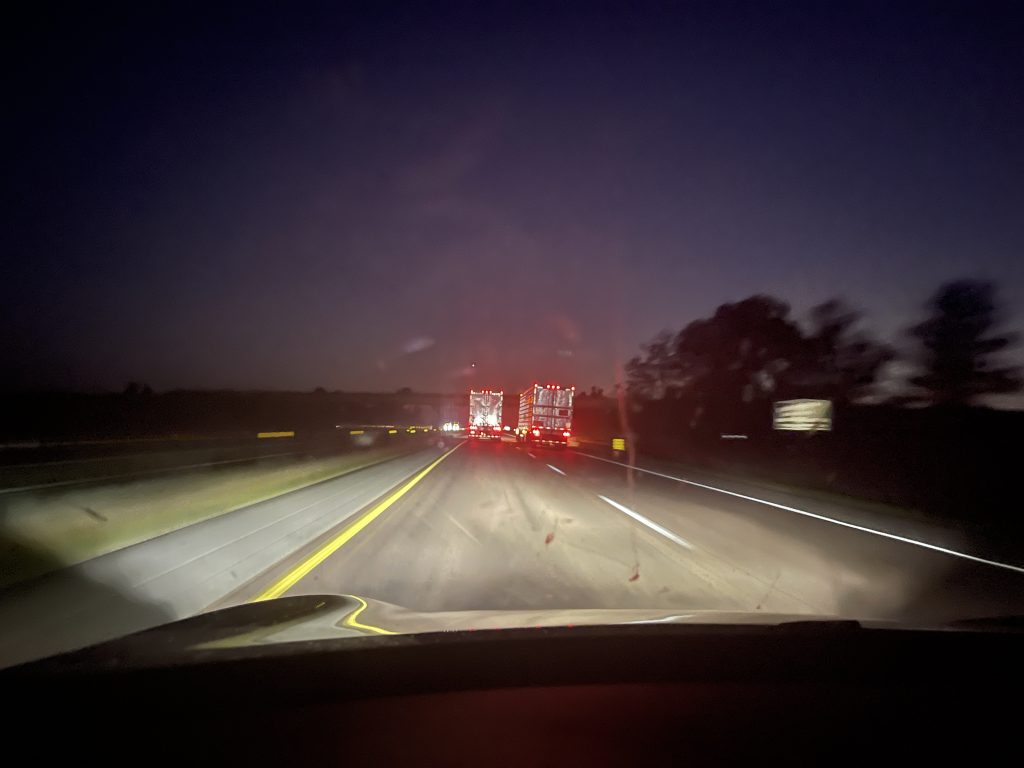 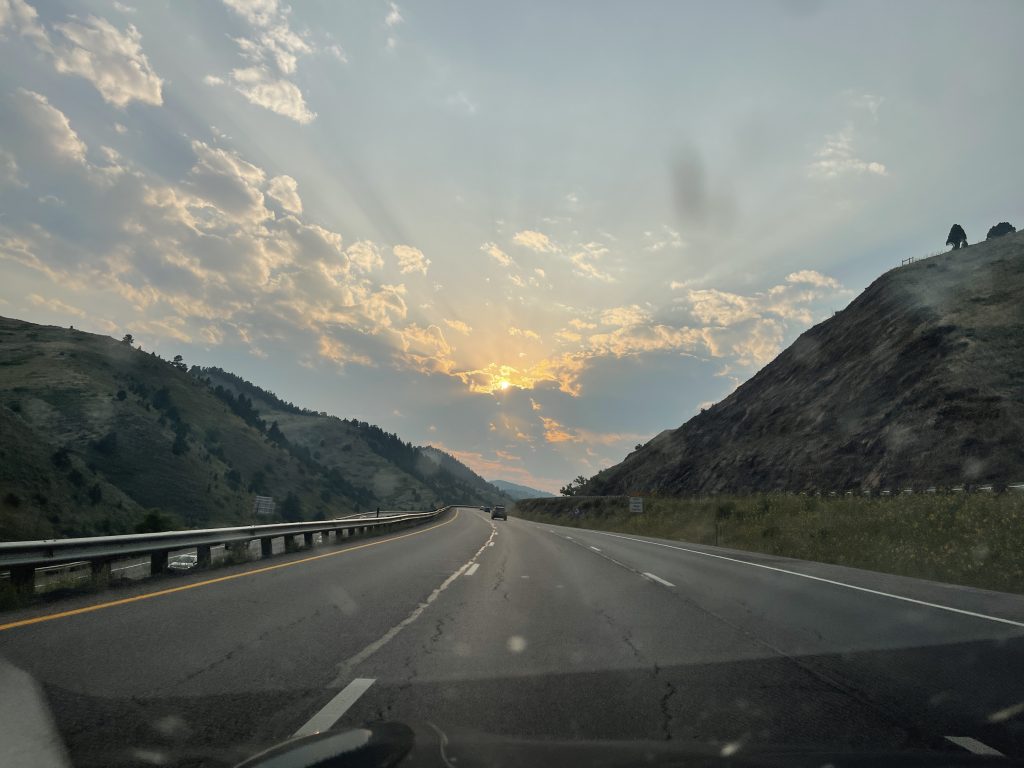 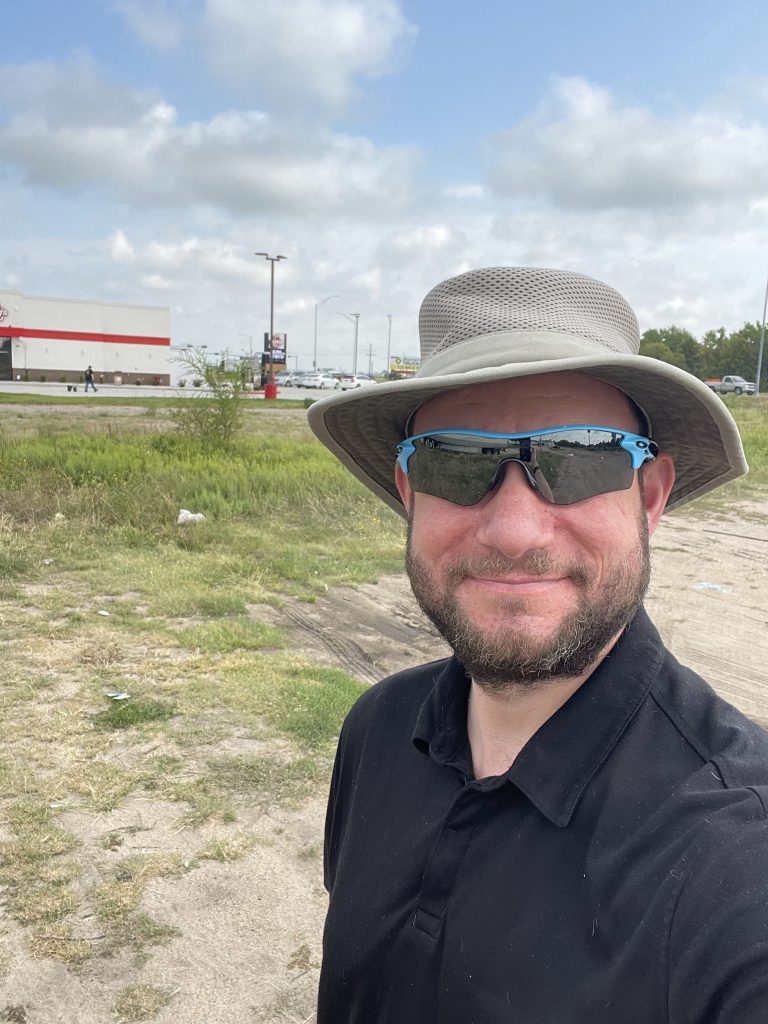 It was hot most of the way 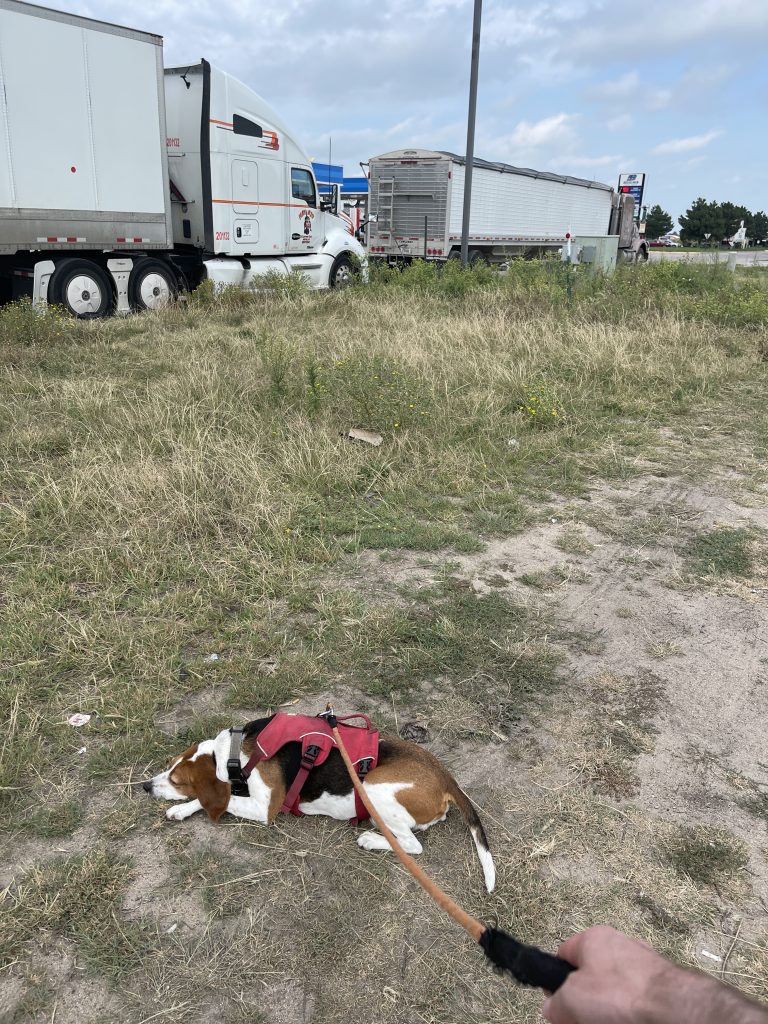 Chance getting a rest 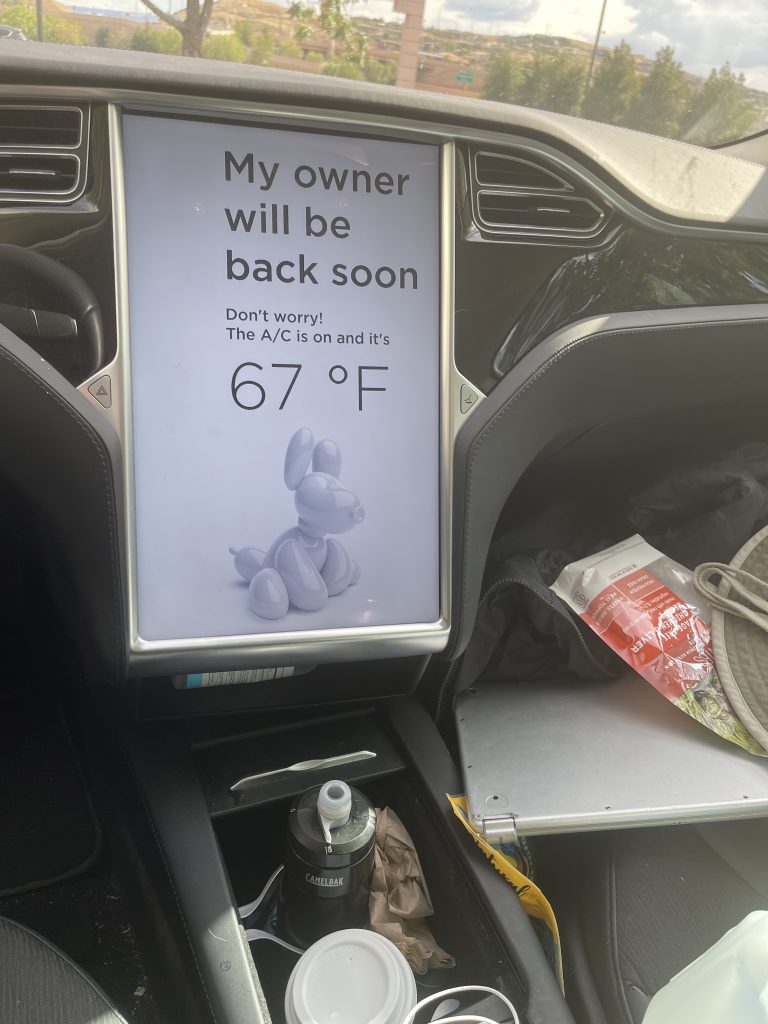 Sometimes I had to leave Chance in the car–but we he was comfy! 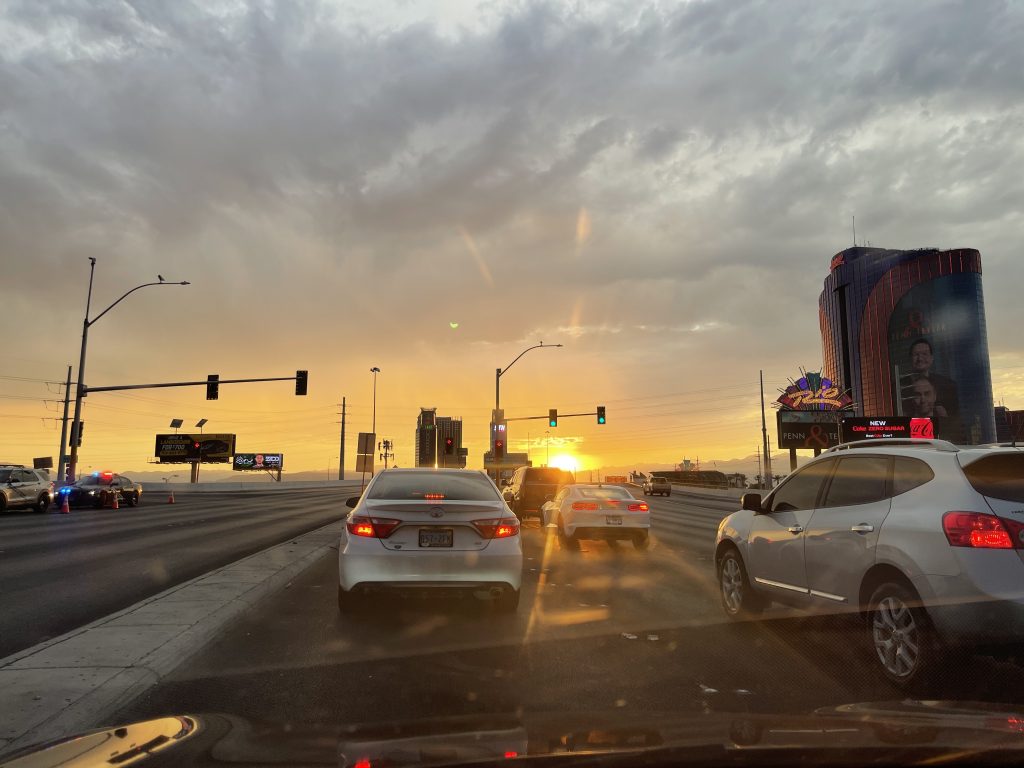 I charged up on the Vegas Strip 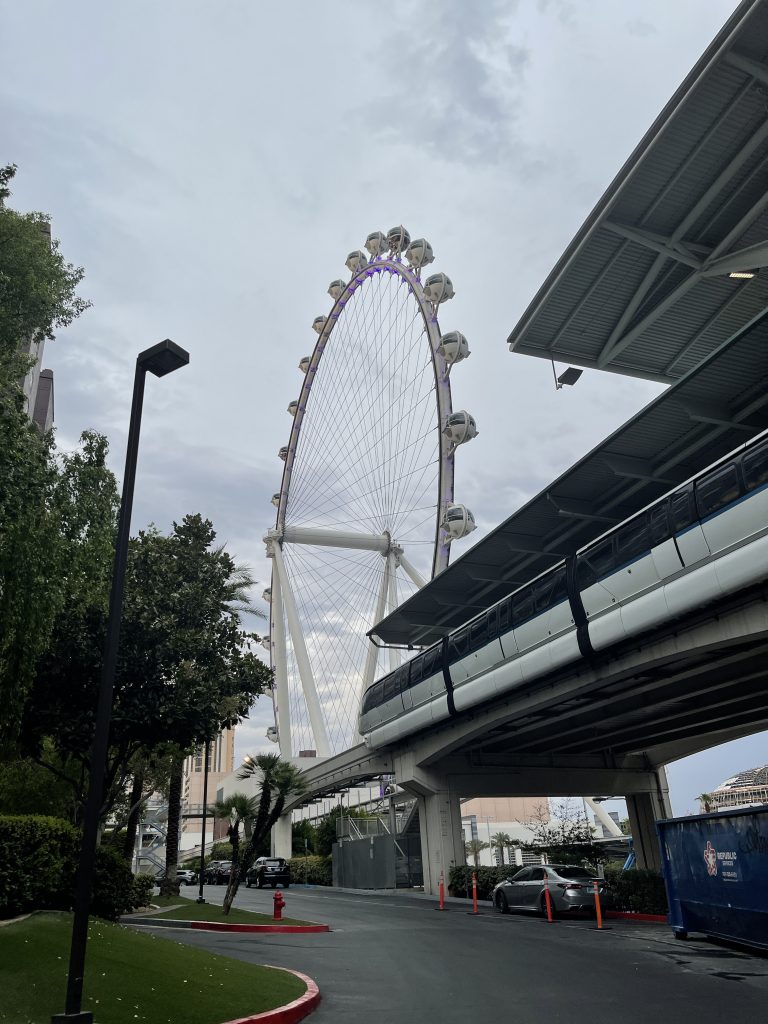 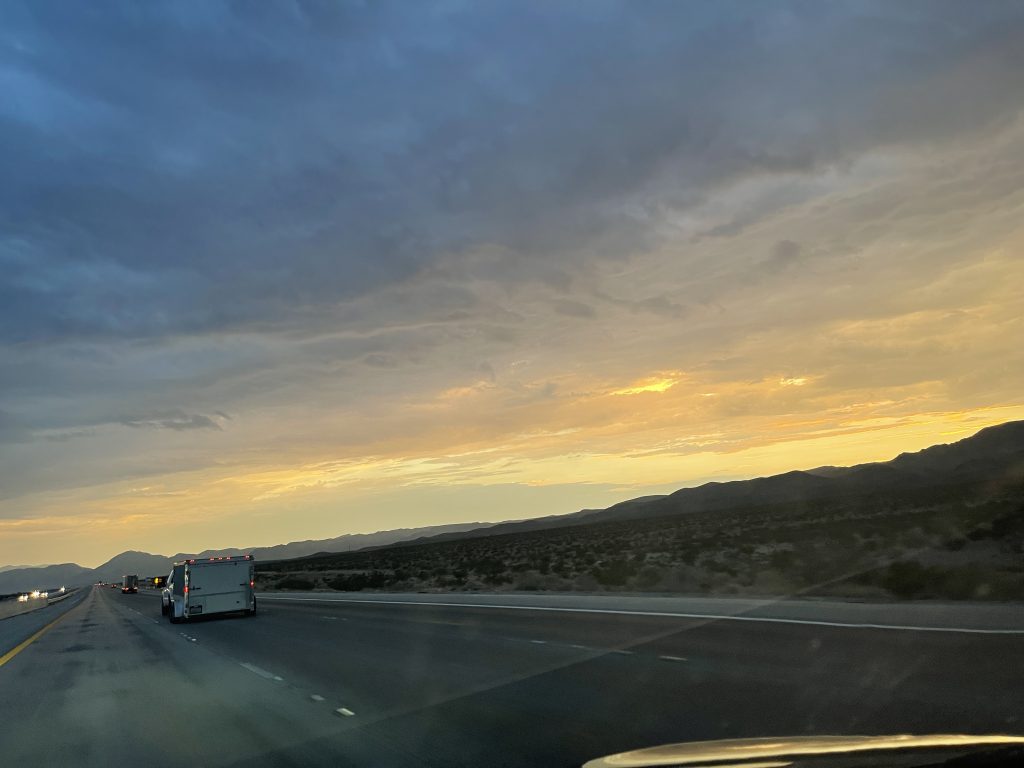 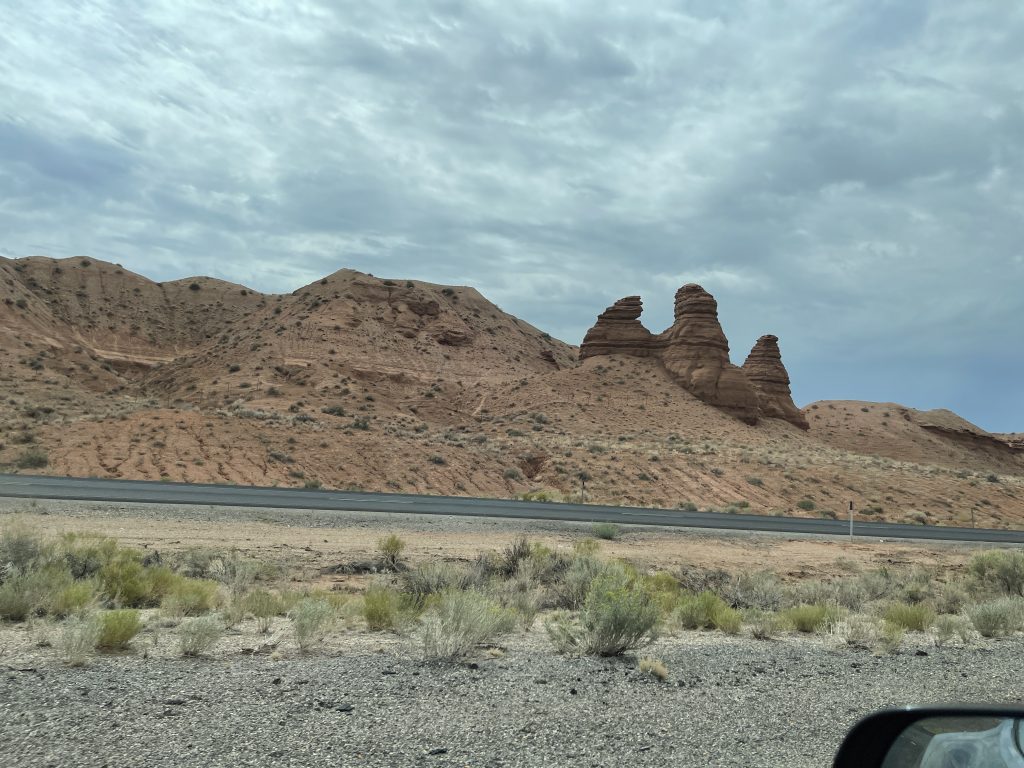 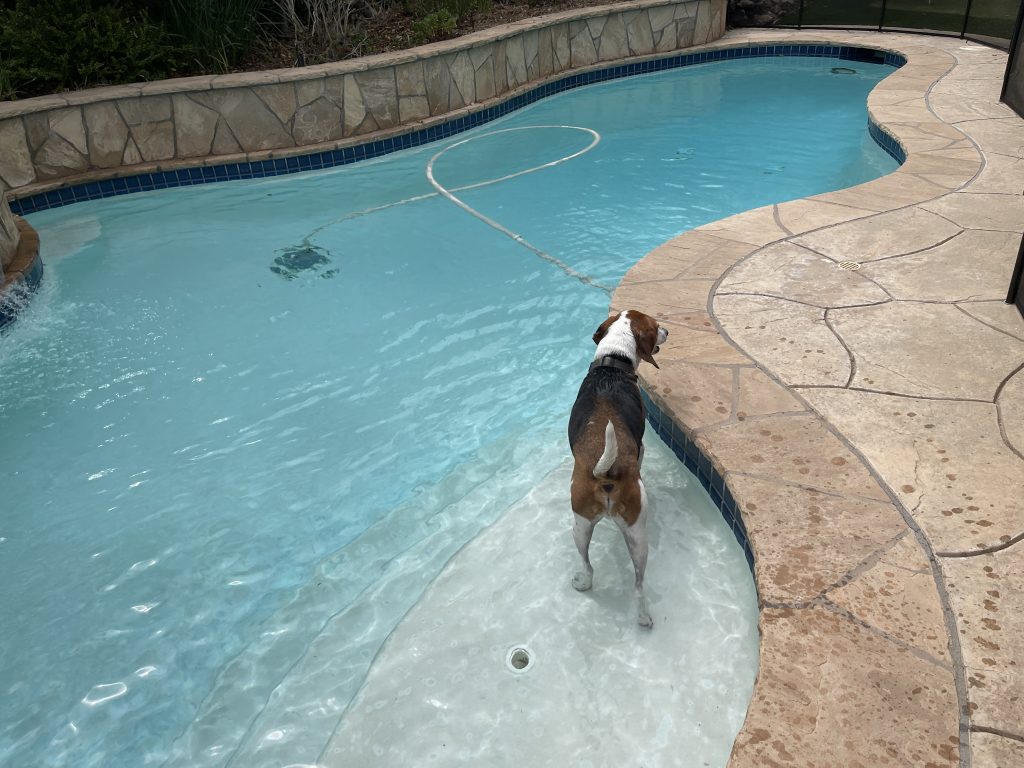 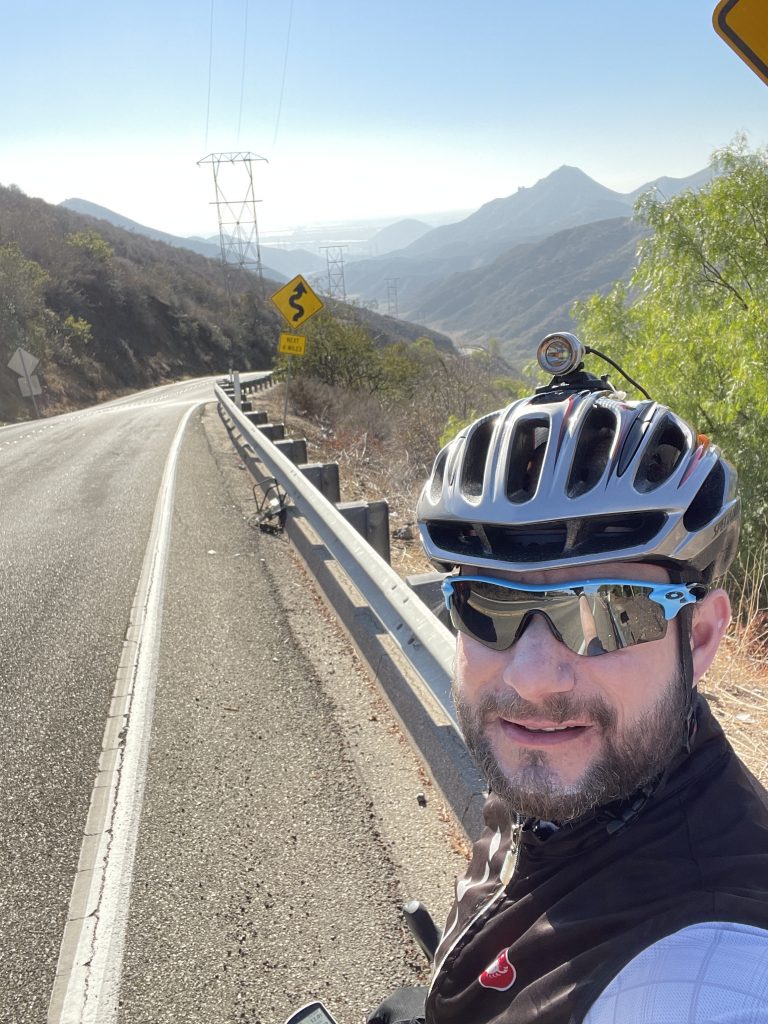