What I Saw in McAllen and Brownsville, Texas

“The trouble with [Nazi war criminal and participant in the Final Solution] Adolf Eichmann was precisely that so many were like him, and that the many were neither perverted nor sadistic, that they were, and still are, terribly and terrifyingly normal. From the viewpoint of our legal institutions and of our moral standards of judgment, this normality was much more terrifying than all the atrocities put together…” – Hannah Arendt, The Banality of Evil

Of all I saw during my brief visit to the Texas / Mexico border, nothing horrified me more than, to borrow the language of Hannah Arendt, the banality, the ordinariness, of the fact of 2,500 children separated from their families and thrown into cages. And nowhere was this more evident than in the former Walmart that has been converted into a “detention center” (I would prefer the more honest term “concentration camp”) for young boys, which, in an Orwellian turn of phrase, is called Casa Padre, or the Parents’ or Fathers’ House. As you drive down a four lane highway in Brownsville 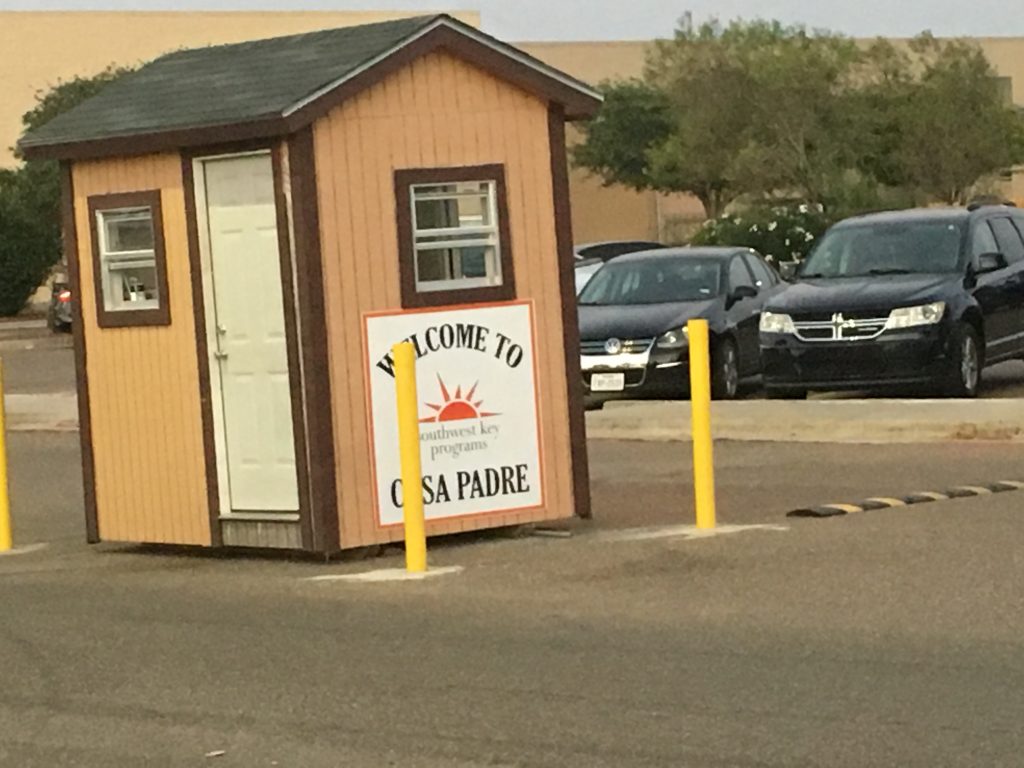 looking for this warehouse of evil, you are stunned to see that, rather than being hidden, it is instead easily visible from the road; that it is, in fact, lit up with bright neon signs as though daring us to take note. Equally disturbing is the fact that in the very same strip mall is a gas station, restaurant, and clothing store–all open for business, all full of shoppers and drivers either unaware of, or indifferent to, the detention center in plain sight. And nothing but a little guard tower, through which employees enter and exit as though they were clocking in and out of an ordinary job, prevents a person of conscience from occupying the building in protest. 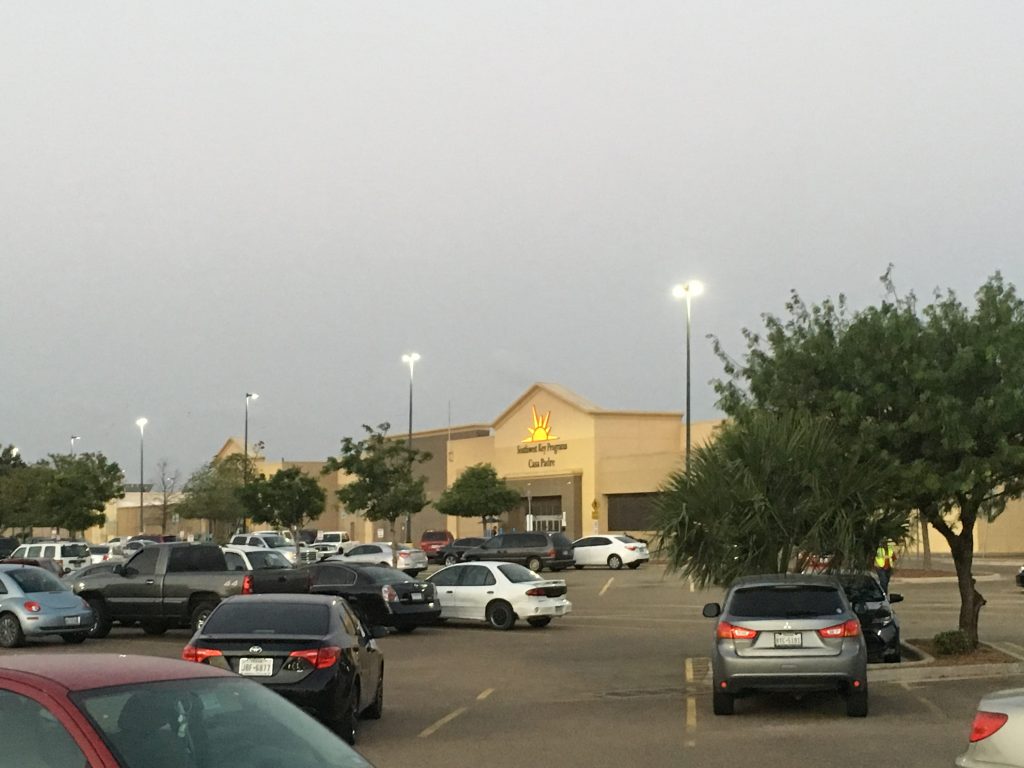 Just two miles down the same highway is the Casa El Presidente (President’s House) “tender-age” detention center, which houses kids under 12, including a one-month old. This one was remarkable for its lack of remarkability: housed in a low-slung office building with minimal signage, it is easy to miss. A schlubby guard armed only with a walkie-talkie greets employees as they come and go–their heads down, eyes averted from me–but otherwise the facility is, like the other, vulnerable to nonviolent civil disobedience. Unfortunately, aside from Ashley, a young woman from New York, and her son, who have camped outside the facility, there are no signs of protest, no signs of resistance to this evil. 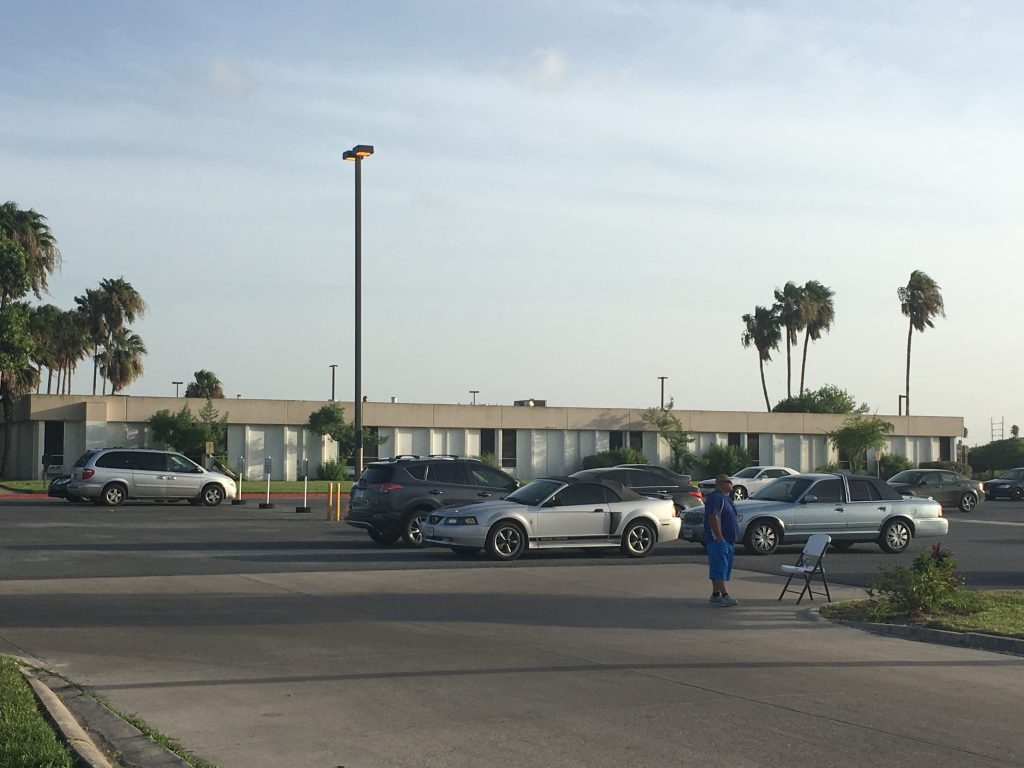 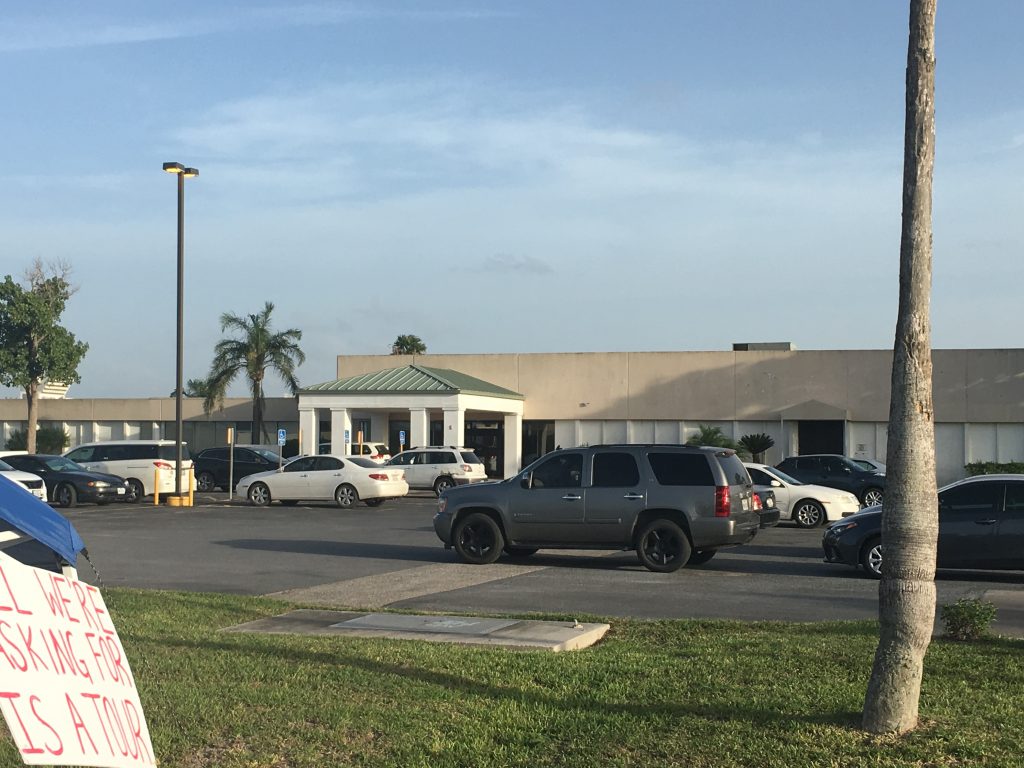 The phrase that comes to mind when I think about these two detention centers is that they are concentration camps in strip malls and office parks, the unabashed and blatant warehouses of human rights violations and bigotry enacted in policy.

Fortunately, I had the honor of participating in a 24-hour fast in honor of the separated families and meeting numerous activists working to fight this injustice: fellow fasters; groups of people delivering supplies to the detention centers and singing lullabies to the children; protestors dropping banners over highways; and folks engaging in nonviolent civil disobedience. For the greatest tool of the dictator is to stifle dissent and so overwhelm the conscience as to render people of goodwill too paralyzed to take action. Seen in this light, any form of resistance–from risking arrest to speaking out on social media, and everything in between–is important, as it withdraws consent and demonstrates resistance to the dictator. We must all, therefore, take what actions we can, no matter how small they may seem, in the interest of protecting our democracy, safeguarding the rights of the vulnerable, and fighting for a more just and verdant future for all.

You can see other posts I’ve written about the issue of child separation here: 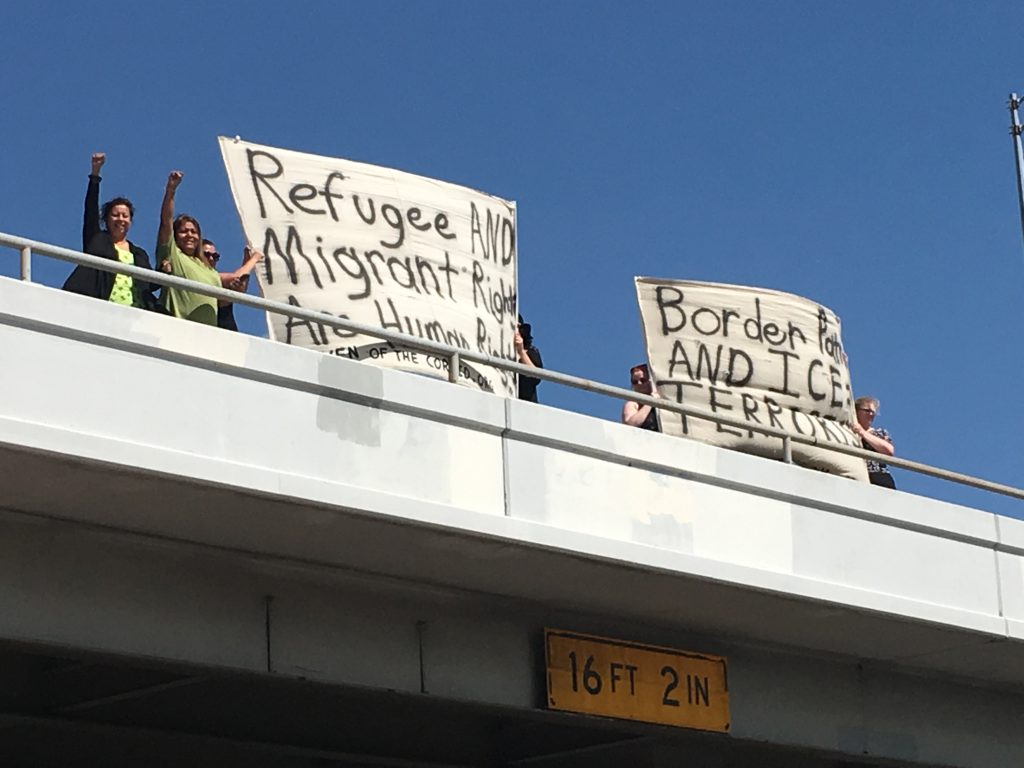